Researchers have challenged the validity of findings from the Prostate Cancer Intervention versus Observation Trial (PIVOT), which showed that radical surgery for localized prostate cancer (PCa) did not lower mortality risk compared with observation.

As Michael Froehner, MD, and colleagues at University Hospital “Carl Gustav Carus,” Technische Universitat Dresden in Dresden, Germany, pointed out in a paper published online ahead of print in European Urology Focus, the high competing mortality rate of about 33% after 10 years among PIVOT study participants has raised concerns about the generalizability of the results. To determine which subgroups of men have a competing (non-PCa) mortality risk comparable to that of PIVOT, Dr Froehner’s team studied 4282 men who underwent radical prostatectomy (RP) at their institution from 1992 to 2010. The competing mortality rate of PIVOT was not reached until an age-adjusted Charlson score of 5 or higher (corresponding to an age of 70 to 79 years with diabetes and end-organ damage), according to Dr Froehner’s team. Only 8.9% of men belonged to this high-risk subgroup, and only small subgroups comprising 1% to 5% of patients superseded the competing mortality among the PIVOT participants, they reported.

“The results of PIVOT should be used with great caution to exclude patients with concomitant diseases who seem otherwise fit for radical prostatectomy from curative treatment,” the authors concluded.

PIVOT included 731 men with low-, intermediate-, and high-risk PCa. Their average age at diagnosis was 67 years, and the overall mortality rate was 64% over a median of 12.7 years. The study found no significant difference in overall and cancer-specific mortality between patients RP and those who opted for observation.

Last year, Firas Abdollah, MD, and colleagues from the Vattikuti Urology Institute at Henry Ford Hospital in Detroit published the findings of a study showing that real-world PCa patients who were identified using 3 large national US cancer databases were younger, healthier, and lived longer than patients in PIVOT. The investigators said their findings, which were published in European Urology (2017;71:511-514), could tip the evidence toward surgical intervention.

“While prior studies by our group and others have suggested differences in PIVOT and the US population, we were surprised by the magnitude of differences,” Dr Abdollah told Renal & Urology News. “Men were on average 6 to 7 years younger, and 3 to 5 times less likely to die 10 years after diagnosis of prostate cancer, compared to the men included in PIVOT trial. These results are vital in patient counseling.”

The findings by Dr Abdollah’s team challenge the validity of applying PIVOT findings to patients seen in clinics. “While randomized clinical trials represent the ‘gold-standard’ of scientific evidence, their results should not be accepted as gospel truth. Clinical trials are only as good as the population they include,” Dr Abdollah said.

Khurshid A. Guru, MD, Chair of the Department of Urology and Director of Robotic Surgery at Roswell Park Comprehensive Cancer Center in Buffalo, New York, agreed with Dr Abdollah. It is crucial to validate studies in real clinical settings, “especially in times when we have a slew of new markers, imaging advances and data from other active surveillance studies to corroborate the findings,” Dr Guru said. “It is important to educate the patient about significant advances in the field favoring active surveillance, but also warn them of limitations associated with studies.”

Martin Gross, MD, a urologist with Cheshire Medical Center/Dartmouth-Hitchcock Keene in Keene, New Hampshire, said the new findings are clinically relevant and should change the conversation urologists have with their patients who have PCa. “This new report is very interesting. I think it shows that the impetus to push patients into active surveillance for prostate cancer across urology may need more nuance than we first thought,” Dr Gross said. 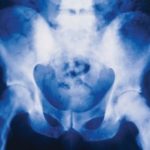