Patients who undergo radical prostatectomy (RP) have unrealistic expectations about their sexual function after the operation, new study findings reveal.

Patient knowledge about sexual function after RP was poor, according to the investigators, with significant differences between the open RP and RALP groups. Compared with open RP patients, RALP patients expected a shorter erectile function (EF) recovery time (6 vs. 12 months), a higher likelihood of recovery of back to baseline EF (75% vs. 50%), and a lower potential need for intracavernosal injection (ICI) therapy (4% vs. 20%), Dr. Deveci’s group reported online in BJU International. Findings showed that only 38% of patients had an accurate recollection of their nerve-sparing status.

With respect to ejaculation and orgasm, only 70% of open RP and 60% of RALP patients were aware they were rendered an ejaculatory by their operation. None of the RALP patients and only 10% of those who underwent open RP recalled being informed of the potential for penile length loss. In addition, the researchers found that no patient was aware of the recently described association between RP and Peyronie’s disease.

“These data are illuminating and should give us reason to think about our approach to the education of the patient before RP,” the authors wrote. “Irrespective of whether we as clinicians routinely have a sexual dysfunction discussion or not, patients are not remembering or appreciating the information the way that it is intended and undertake the operation with poor expectations regarding multiple domains of sexual health.”

Surgeons should be encouraged to be thorough in counseling patients prior to RP and to document that such discussion is held, the authors concluded. “Indeed, we go one step further and encourage all clinicians to use written instructions to transmit sexual health information to patients, lest they receive the orally transmitted information in a state of anxiety, where failure to process the information may be highly likely.”

Study strengths included enrollment of a significant number of men consecutively and used a standardized , although non-validated, instrument for all patients, according to the researchers. Limitations included the absence of an instrument to define expectations, an inability to differentiate between what patients were told and what they remember, and the inability to ascertain whether  some patients did their own research before or after they had seen their surgeon before their RP. 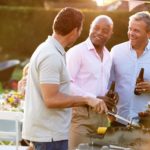