Olaparib therapy is associated with a lower risk of disease progression compared with abiraterone or enzalutamide therapy among men with metastatic castration-resistant prostate cancer (mCRPC) who have certain alterations in DNA repair genes and experienced disease progression while receiving novel hormonal therapy, according to new study findings published online first in the New England Journal of Medicine.

Olaparib is an inhibitor of poly-adenosine-diphosphate-ribose polymerase (PARP).

In the phase 3 PROfound trial, 245 patients who had at least a single alteration in the BRCA1, BRCA2, or ATM repair genes were randomly assigned 2:1 to olaparib (300 mg twice daily) or, for control, a physician’s choice of abiraterone (1000 mg once daily, plus 5 mg prednisone twice daily) or enzalutamide (160 mg once daily). “The physician’s choice of either enzalutamide or abiraterone was selected as the comparator because switching between these agents does occur in practice, despite the lack of randomized evidence to support this approach,” Johann de Bono, MB, ChB, PhD, of Royal Marsden Hospital in the United Kingdom, and collaborators explained.

Nearly two-thirds of patients received taxane therapy before randomization. Olaparib showed efficacy regardless of whether olaparib was administered before or after chemotherapy.

“Our findings validate phase 1 and 2 data on the antitumor activity of olaparib in metastatic castration-resistant prostate cancer,” the authors wrote.

Investigators found significantly longer imaging-based progression-free survival for olaparib users in a combined cohort of the 245 patients with BRCA1, BRCA 2, or ATM alterations and 142 patients with any of the 12 other alterations in genes with a direct or indirect role in homologous recombination repair.

In an interim analysis, median overall survival was significantly longer for olaparib patients with BRCA1, BRCA2, or ATM alterations (18.5 vs 15.1 months). Eventually, 81% of control patients with progression crossed over to receive olaparib.

“The response to PARP inhibition may occur through multiple mechanisms, including PARP trapping, which is the physical obstruction of replication forks leading to DNA double-strand breaks and defects in homologous recombination repair,” Dr de Bono’s team explained.

The most common adverse events were anemia, nausea, and fatigue or asthenia. More olaparib users experienced grade 3 or higher events. Men taking olaparib had a treatment duration that was twice as long as control patients (median 7.4 vs 3.9 months, respectively), which may have contributed to their higher incidence of peripheral edema, back pain, and constipation.

Disclosure: This clinical trial was supported by AstraZeneca and Merck Sharp & Dohme, the makers of olaparib (Lynparza®). Please see the original reference for a full list of authors’ disclosures. 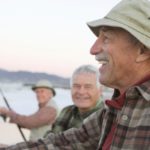