Olaparib increases overall survival (OS) in patients with metastatic castration-resistant prostate cancer (mCRPC) who had tumors with at least 1 alteration in BRCA1, BRCA2, or ATM genes, according to a final analysis of the PROfound trial (NCT02987543).

The risk for death from any cause was a significant 31% less (P =.02) with olaparib therapy for these patients, with a median OS of 19.1 months with olaparib vs 14.7 months with control therapy, Maha Hussain, MD, of Northwestern University in Chicago, Illinois, and colleagues reported in the New England Journal of Medicine. The median duration of treatment was 7.6 months in the olaparib group and 3.9 months in the control group.

In April, the investigators announced that olaparib, an inhibitor of poly-adenosine-diphosphate-ribose polymerase (PARP), lowered the risk for disease progression, the primary endpoint, compared with control therapy.

In the phase 3 trial, the researchers randomly assigned 256 patients to receive olaparib and 131 to receive enzalutamide or abiraterone plus prednisone as control therapy. Cohort A included 245 patients with at least 1 alteration in BRCA1, BRCA2, or ATM genes, and cohort B included 142 patients with at least 1 alteration in any of 12 other DNA repair genes. OS appeared numerically lower in cohort B. Median OS was 14.1 vs 11.5 months for olaparib vs control therapy. In the overall population, OS was 17.3 vs 14.0 months, respectively.

Two-thirds of patients in the control group crossed over to receive olaparib (67% of whom had BRCA1, BRCA2, or ATM alterations). In a sensitivity analysis adjusted for crossover to olaparib, the drug was associated with a 58%, 17%, and 45% lower risk for death among cohort A, cohort B, and the overall population, respectively.

“Patients in cohort A, and particularly the high percentage of patients who had tumors with a BRCA1 or BRCA2 alteration, appeared to derive the greatest benefit from olaparib with respect to overall survival,” Dr Hussain’s team stated. “The trial was not designed to test the benefit of therapy with respect to overall survival at the individual gene level. However, a clinical benefit was not observed for olaparib in the population of patients who had other homologous recombination repair gene alterations.”

Additional studies are now needed to determine genomic indicators of response to PARP inhibition, according to the investigators.

No new safety signals were observed since the previous analysis. The most frequent adverse events (AEs) with olaparib therapy were anemia (39%), nausea (36%), and fatigue or asthenia (32%). Olaparib was discontinued because of anemia in 7% and because of neutropenia, thrombocytopenia, nausea, vomiting, or fatigue or asthenia in 1% of patients for each of these AEs. In the trial, 10 patients died. One death from pneumonia and neutropenia occurred in the olaparib group and 1 from pleural effusion in the control group.

Disclosure: This clinical trial was supported by AstraZeneca and Merck Sharp & Dohme, the makers of olaparib (Lynparza®). Please see the original reference for a full list of authors’ disclosures. 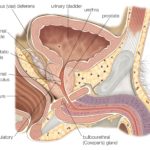