Compared with patients who traveled fewer than 25 miles to a treatment facilities, those who traveled 25 to 50 miles and more than 50 miles had a significant 1.6-fold and 2.3-fold increased odds of receiving SBRT, respectively, in adjusted analyses, Brandon A. Mahal, MD, of Brigham and Women’s Hospital in Boston, and colleagues reported online in Cancer.

“The current study finding that long-distance travel was strongly positively associated with definitive prostate SBRT use suggests that treatment decisions with unknown long-term clinical implications may be strongly driven by sociodemographic factors,” the authors noted.

Dr Mahal’s team offered potential explanations for the finding. One possibility is that patients who have to travel greater distances for treatment may be more likely to incur economic burdens and financial difficulties with long-course radiotherapy. Another possibility is that patients with the financial or other means to travel to centers where SBRT is offered, which tend to be academic centers in metropolitan areas, are those who are most likely to seek out SBRT and travel long distances for the treatment, according to the investigators.

Using the National Cancer Data Base (NCDB), Dr Mahal and his colleagues identified 181,544 men with localized PCa who underwent definitive external beam radiotherapy from 2004 to 2012. During that period, use of definitive SBRT increased more than 3-fold, a finding that coincides with early reports of short-term efficacy, according to the investigators. The proportion of EBRT cases in which SBRT was used rose from 1.8% in 2002 to 5.9% in 2012.

In a discussion of study limitations, the authors noted that although the NCDB represents the nation’s largest cancer database, the current study did not include data from cancer centers not accredited by the American College of Surgeons Commission on Cancer (CoC), so the findings may not reflect those centers. Further, the new study included data only up to 2012, so the investigators were unable to determine SBRT rates after publication of the pooled analysis phase 2 clinical trials in Radiotherapy and Oncology (2013;109:217-221), which demonstrated that PSA relapse-free survival rates after SBRT compared favorably with other definitive treatments for low- and intermediate-risk PCa, or after SBRT was cautiously listed as a potential definitive therapy in the 2014 National Comprehensive Cancer Network guidelines.

“Despite its potential limitations, we believe the current study is a robust and comprehensive report regarding the national trends and patterns of use of definitive prostate SBRT,” the authors concluded. 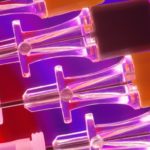 Repeat Prostate Biopsies Do Not Raise Risk of Post-RP Complications