The investigators defined obesity, overweight, normal weight, and underweight as a BMI (in kg/m2) of 30 or higher, 25–29.9, 21–24.9, and less than 21, respectively. During follow-up, metastases developed in 686 patients, 848 died, and 548 died from PCa. The median follow-up time among patients who were alive during the study was 34 months.

The investigators said their data suggest that obesity may be unrelated to PCa aggressiveness and progression in men with non-metastatic CPRC, but, overall, is a favorable prognostic sign. In a discussion of possible explanations for their findings, the authors noted that while tumor-related cachexia is unlikely among patients with non-metastatic CRPC, patients might have cachexia from other causes such as heart disease, chronic obstructive pulmonary disease, and/or other types of cancer. “Thus, a greater BMI may demonstrate a current lack of cachexia but also perhaps provide some protection from future cachexia, allowing patients to live longer.”

Dr Vidal and her colleagues pointed out that they observed that the risks of all-cause and cancer-specific mortality, although not statistically significant, were greatest among underweight patients compared with normal weight men, “arguing this could be in part cachexia-related.”

Study strengths include the large number of men with non-metastatic CRPC and PCa events, “which allowed us to both stratify analysis by BMI categories and adjust for clinicopathological features.” With regard to study limitations, the authors pointed out that they lacked data on additional treatments after CPRC diagnosis as well as data reflecting changes in nutritional and lifestyle regiments prior to CRPC. 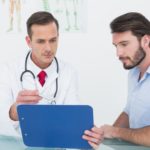