Neal Shore, MD, is the National Urology Research Director for 21st Century Oncology in Myrtle Beach, SC. He has been extensively involved in clinical trials of medications for treating prostate cancer, including the clinical trial of radium-223, which on May 15, 2013 received FDA approval for the treatment of treatment of bone metastases in patients with symptomatic castration-resistant prostate cancer (CRPC). He is among the first investigators to test the use of radium-223 in combination with abiraterone acetate, a novel hormonal agent. He spoke with Renal & Urology News about the place of radium-223 in the therapeutic armamentarium and how he uses the drug in his practice.

What has been your clinical experience with radium-223?

Dr. Shore: In May 2013, we were the first site worldwide to administer radium-223 to a CRPC patient post-FDA approval. I had previously administered radium-223 to patients in the expanded access program. It was very well tolerated, consistent with the data that we saw from the ALSYMPCA (ALpharadin in SYMPtomatic Prostate CAncer) phase 3 registration trial. My initial experience was with patients who had received essentially all other approved lines of CRPC therapeutics. So these were folks who had progressed with usually at least 1, but almost invariably 2 lines of chemotherapy consisting of docetaxel and cabazitaxel. Many of these patients had also progressed beyond the novel hormonal lines of therapy, abiraterone and enzalutamide. So they had high tumor burdens and obviously had a high likelihood of having a degree of immunosuppression.

I was very pleased at how well they tolerated the infusions. Radium-223 emits alpha particles, which are much larger than the beta and gamma particles emitted by other radiopharmaceuticals. The interesting thing about it from a safety and tolerability standpoint is that it was theoretically less penetrating into the myeloproliferative tissue in the bone marrow and thus [associated with] less risk of having myelosuppressive side effects, such as neutropenia and thrombocytopenia. And that’s exactly what we saw.

It’s helpful to explain to patients that in addition to monitoring PSA for progression and response to therapeutics such as androgen-receptor-targeted drug, we’re now also able to measure another biomarker, alkaline phosphatase, to monitor bone metastasis response to radium-223, which is a calcium mimetic and its mechanism of action is designed to create an apoptotic effect on bone metastatic lesions.

Dr. Shore: I don’t look at this as an agent that’s primarily given to reduce pain, although it can in some patients. The main reason for giving it is the same reason why I’m thinking about using the other CRPC approved therapies: to first and foremost prolong survival, and then of course to ameliorate or prevent pain as well as to maintain quality of life parameters. I have been using radium-223 more frequently for my pre-chemotherapy patients. I am very proactive in using sipuleucel-T abiraterone, and enzalutamide in my asymptomatic and minimally asymptomatic patients. Of course, those patients will eventually progress. They may progress with PSA elevations, suggesting some level of biological progression. Of course, monitoring for both symptomatic progression as well radiologic progression with new lesions are still the most accepted indication for switching antineoplatic therapies. It might seem intuitive now that these drugs … because of their marked differences in mechanism of action and their completely different safety tolerability profiles, one might expect that they would be very good to use in combination. I would say that about 75% of my patients now are receiving Rad 223 prior to chemotherapy. The full course of therapy is 6 monthly infusions. Each infusion takes about 45 to 60 seconds.

Who is the optimal candidate for radium-223?

Are there any therapeutic contraindications?

According to the label and due to limited clinical trial data, the only absolute contraindication to the use of radium-223 would be concomitant use of a chemotherapeutic such as docetaxel or cabazitaxel.

How does radium-223 improve survival?

The hypothesis is that radium-223 exposure to CRPC patients with bone metastases are experiencing a higher degree of apoptotic effect on these lesions, due to the proposed increased in double-stranded DNA disruptions. With double-stranded breaks, theoretically, there should be less chance for repair mechanisms to occur. We’re not eradicating the disease; we’re stabilizing the disease by creating an equilibrium in disease progression as well as maintaining performance status. By slowing down disease progression and not creating or worsening comorbidities and toxicities, the combined effect is to improve overall survival. 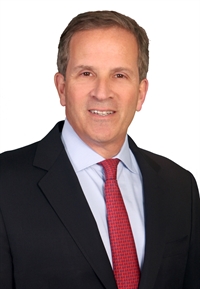 What research you have been conducting at your center?

At my research site, we’ve completed an investigator-initiated study of 31 patients who received abiraterone acetate with prednisone 5 mg b.i.d. concomitantly with a course of radium-223. We evaluated those patients in terms of quality of life parameters, including the Brief Pain Inventory and FACT-P questionnaires, as well as the usual serologic parameters, CBC, CMP, PSA, alkaline phosphatase, and also with baseline CT scan, bone scan, and end-of-study CT scan and bone scan, as well as a CT scan at the 4-month mark. We presented our interim analysis at ASCO GU [the American Society of Clinical Oncology Genitourinary Cancers Symposium] this year. We demonstrated excellent combined tolerability, no unanticipated adverse events or safety profile issues associated with combining the 2 drugs, stabilization of disease, and improvement in several interesting quality of life parameters. We’ve now submitted a final analysis for presentation.

To date, I believe our investigator-initiated study of combining abiraterone acetate and radium-223 in 31 patients is the largest prospective combination study to date that’s been rigorously monitored and presented in a peer-reviewed forum, and we’ll present our final analysis hopefully later this year.

We are now doing a similar investigator-initiated study of enzalutamide with radium-223. I started doing this prior to the publication of the expanded access program literature, so when we submitted our grant no one had any published or presented literature in any sort of a public forum regarding combined use of these therapies. To date we have the retrospective data from the worldwide expanded access program discussions, which has also confirmed safety and tolerability of combing radium-223 with either abiraterone or enzalutamide.