Many men are growing moustaches this month as part of Movember to raise awareness and funds for improving men’s health, but do you know where this money goes? Scientists at Bath, funded by Prostate Cancer UK with support from the Movember Foundation, have developed an innovative tool to test potential drugs for prostate cancer.

The researchers hope this technique will help speed up the development of new treatments for the disease, the most common form of cancer in men in the UK. The team are studying the enzyme AMACR (also known as P504S), which is overactive in almost all prostate cancers, some bowel cancers and several other types of cancer and is thought to fuel the growth of the disease by boosting the cell’s energy supply. 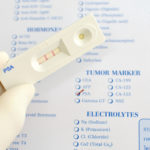