A newly proposed prostate cancer (PCa) grading system can predict mortality risk after radical prostatectomy (RP) among men with Gleason score (GS) 8–10 disease based on both biopsy and RP Gleason scores, according to a new study. The study also demonstrated significant differences in all-cause and cancer-specific mortality after RP between men with GS 8 disease and those with GS 9–10 disease.

GS 8 and GS 9–10 disease commonly are lumped into a single high-grade entity (GS 8–10). The new grading system, however, subdivides GS 8–10 into GS 8 and GS 9–10 on the basis of differences in biochemical recurrence after RP.

A team led by Misop Han, MD, of Johns Hopkins Medical Institutions in Baltimore, Maryland evaluated the significance of distinguishing GS 8 and GS 9–10 in terms of long-term survival outcomes for both the preoperative setting using biopsy GS and the postoperative setting with RP GS. The study included 721 men with biopsy GS 8–10 and 1047 with RP GS 8–10. Compared with men who had GS 8 disease, men with GS 9–10 disease had later RP year and higher pathologic stage, Dr Han and his colleagues reported online ahead of print in European Urology. Among men with biopsy GS 8–10, 115 died (82 due to PCa) with a median follow-up of 3 years. Of men with RP GS 8–10, 221 died (151 due to PCa) with median follow-up of 4 years.

In a discussion of study limitations, the investigators said they relied on retrospective data collection at a single institution. Consequently, the findings are sensitivity to selection bias and might not be generalizable. The researchers also noted that information about adjuvant and salvage therapy was not included in multivariable analyses. 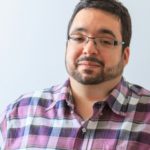 Complication Risk Due to Obesity Greater With Minimal Invasive RP