In one study, a team led by Urs E. Studer, MD, professor and chairman, department of urology, University of Bern, Switzerland, showed that diffusion-weighted MRI detects significant PCa with a high probability using no contrast media or endorectal coil.

The prospective study included 111 men with primary prostate cancer and/or bladder cancer undergoing 3 Tesla DW-MRI of the pelvis without endorectal coil prior to radical prostatectomy (78 patients) or cystoprostatectomy (33 patients).

Three independent readers (A, B, and C) blinded to clinical and pathological data graded MRI scans. The reference standard was final pathology of prostates with and without cancer. The investigators defined significant PCa as a tumor with a maximum diameter of 1 cm or larger, extraprostatic extension, or a Gleason score of 7 or higher.

The sensitivity and specificity for the detection of significant PCa were 89% and 77%, 90% and 81%, and 91% and 77%, for readers A, B, and C, respectively, the researchers reported in a poster presentation. The median DW-MRI reading times were 13 minutes, 17 minutes, and 18 minutes, respectively. “This technology should be further investigated as a possible tool for prostate cancer screening,” the authors concluded.

Previous studies have shown that DW-MRI enables detection of significant PCa, but Dr. Studer told Renal & Urology News that the study by his team differs from others in at least two important ways. First, in all other studies, MRI examinations were performed in patients who were known or very likely to harbor PCa, and biopsy was used to confirm the diagnosis.

With this approach, it is likely that a positive MRI finding also results in a positive biopsy, Dr. Studer said. It would not be known in how many cases the MRI finding would be falsely negative because in most institutions no biopsies are performed in men without a positive MRI.

“In our study, however, we also included men who had no prostate cancer, but in whom the prostate was removed in the frame of a radical cystoprostatectomy,” he said. “Thus, for the first time, there were negative controls included in the study.”

The second important way in which the new study differs from previous investigations is that it showed it is possible to find, with high sensitivity and specificity, approximately 90% of all significant prostate tumors with 2 MRI sequences only: T2-weighted and DW-MRI.

“This allows for a fast and cost-effective examination, in contrast to all the other multi-parametric MRI studies with many sequences, use of contrast medium [gadolinium], additional washout studies, spectroscopy, and eventually the use of rectal coils,” Dr. Studer stated.

“In that case, of course, the examination is extremely costly and could never serve as a screening tool in view of the healthcare costs. The technique we propose, however, is affordable, namely when compared to repetitive, useless serum PSA determinations, ‘blinded’ ultrasound-guided prostate biopsies, and repeat biopsies.”

In the other study, Erik Rud, MD, of Oslo University Hospital, Aker, and colleagues randomly assigned 413 PCa patients to have or not have preoperative MRI scans prior to radical prostatectomy. Among patients with non-palpable (cT1) tumors, those who had preoperative MRI scans had a significant 46% decreased risk of positive surgical margins (PSM) compared with those who did not have the scans. These patients constituted the largest patient subgroup (54% of the overall cohort).

The cohort had a mean age of 63 years. The overall prevalence of pT3 disease was 53%. In addition, 26%, 49%, and 25% of patients had low-, intermediate-, and high-risk disease based on D’Amico criteria. The investigators defined PSM as extension of tumor into the cut surface. 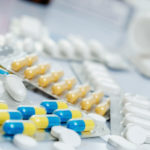 Statin Use After Prostate Cancer Surgery May Lower Recurrence Risk