The study, senior authored by Stephen A. Boorjian, MD, Carl Rosen Professor of Urology at Mayo Clinic in Rochester, Minnesota, included 728 men with a rising PSA following RP treated with salvage radiotherapy. The median follow-up was 8.4 years (range: 4.2– 11.2 years). The investigators looked at clinical and pathologic variables and the associations between lymph node yield and biochemical recurrence (BCR) and clinical recurrence (CR).

On multivariable analysis, the researchers found that the risk of BCR after salvage radiotherapy was inversely associated with the number of nodes resected at RP. Increased extent of dissection was also independently associated with a decreased risk of CR. “The extent of dissection at the time of prostatectomy could, pending validation of these findings, be a prognostic variable for men being considered for salvage radiotherapy,” Dr Boorjian told Renal & Urology News.

The authors contend that there are several potentially clinically relevant implications from these new findings, including further support of the oncologic role for greater lymph node dissection with RP. Additionally, if these findings are confirmed by others, the extent of lymphadenectomy may be considered a prognostic variable in patients with BCR after surgery who are considering salvage radiotherapy. The researchers write that it could help guide counseling and improve clinical trial design.

Due to the retrospective, multi-institutional design of the study, there are significant limitations to the findings. The authors noted that the reasons for salvage therapies were not analyzed, and the timing of salvage therapies was not standardized. In addition, there may be systematic differences between men receiving whole pelvic radiation compared with fossa-only radiotherapy (RT). The team was unable to completely adjust for this factor. In this cohort, whole pelvic RT was utilized more frequently in pN1 patients (33% vs 3%), and the number of resected nodes was greater among patients treated with whole pelvic radiotherapy (median: 12 vs 9).

Dr Boorjian offered some possible mechanisms by which more extended lymph node dissection (eLND) may be linked to improved patient outcomes in this patient population.  For example, a more extended node dissection could improve the accuracy of pathologic staging. “This in turn may lead to an increased utilization of additional therapies which further improve patient outcomes,” he said. “At the same time, it remains possible that a more extended dissection eliminates a greater proportion of micrometastatic disease and thereby leads to improved cancer control.”

Aditya Bagrodia, MD, assistant professor of urology at the University of Texas (UT) Southwestern Medical Center in Dallas, said available guideline recommendations and meta-analyses are somewhat ambivalent regarding the role of eLND, and the article by Dr Boorjian and colleagues perhaps provides a compelling reason to consider eLND when performing RP. The American Urological Association (AUA) guidelines for localized PCa state that pelvic lymphadenectomy is “recommended for those with unfavorable intermediate-risk or high-risk disease.” European Association of Urology (EAU) guidelines state that performing pelvic lymph node dissection during RP fails to improve oncologic outcomes, including survival. However, it also includes a statement acknowledging that eLND dissection provides important information for staging and prognosis. “These widely utilized guidelines do not explicitly guide urologists regarding the performance and extent of lymphadenectomy,” Dr Bagrodia said. “Furthermore, there has been sparse high quality data to directly answer the question regarding benefit of lymphadenectomy and whether or not standard or extended lymphadenectomy is most beneficial.”

Understanding the harms associated with eNLD is important, he said. A recently published systematic review and meta-analysis in European Urology found that it is associated with increased operating time, blood loss, length of stay, and postoperative complications with no benefit in overall survival.2 However, there were benefits with respect to biochemical and clinical recurrence-free survival as observed in the new study.

Radiation oncologist Neil Desai, MD, assistant professor of radiation oncology at UT Southwestern, said that as with any retrospective dataset, potential confounders in baseline therapy—particularly the timing of adjuvant vs early salvage radiation and use of androgen-deprivation therapy—are hard to completely address even with statistical adjustments. “This limits the ability to uniformly recommend a procedure with added potential complication risk, particularly in patients with low risk for nodal involvement,” Dr Desai said.

James Mohler, MD, professor of oncology in the department of urology at Roswell Park Comprehensive Cancer Center in Buffalo, New York, and chair of the National Comprehensive Cancer Network (NCCN) Guidelines Panel for Prostate Cancer, said that based on current data, the NCCN PCa treatment guidelines recommend that an eLND be performed whenever a pelvic lymph node dissection is warranted. He said the findings from the current study must be viewed with caution. 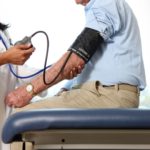