The presence of lymph node involvement (LNI) represents one of the most relevant prognostic factors in prostate cancer (PCa) patients, where individuals with LNI exhibit an unfavorable natural history compared with their counterparts without nodal metastases.1 In this review, we examined the contemporary management of node positive PCa patients. First, we will focus on patients with clinical lymph node positive PCa and second, we will examine the management of patients with LNI at final pathology.

Patients with suspicious lymph nodes at imaging represent approximately 12% of all new PCa diagnosis.2 This rate is likely to increase within the next few years given the greater utilization of advanced preoperative imaging (e.g., PSMA PET/CT scan),3 and a trend towards higher rates of newly diagnosed non-local confined disease observed during the past decade.4 The presence of clinical nodal metastases (cN1) is associated with detrimental oncologic outcomes. As such, patients with node positive PCa are considered to have stage IV disease based on the National Comprehensive Cancer Network (NCCN) guidelines.6  In these guidelines, no distinction is made between distant metastatic disease (M1) and lymph node metastatic disease (cN1). Therefore, systemic therapies should be considered in PCa patients with suspicious lymph nodes at diagnosis.7

When considering exclusively patients undergoing surgery, Moschini et al.12 retrospectively identified a cohort of cN1 patients treated with RP and pelvic lymph node dissection (PLND) and compared them with pN1 patients without suspicious nodal metastases at preoperative imaging receiving the same treatment. Overall, no differences in OS and CSS were observed between cN1 and cN0 patients with LNI. Therefore, the presence of clinical nodal involvement did not cause a detrimental effect on survival outcomes in patients treated with RP + PLND. These findings were interpreted as a proof of the oncologic safety of RP in patients with suspicious lymph nodes at preoperative imaging. It should also be noted that a sub-analysis of the STAMPEDE trial focusing on cN1 patients has been recently published,13 where the 2-year survival results of 177 cN1 patients allocated in the controlled arm of the STAMPEDE treated with ADT alone or ADT + RT were reported. These non-randomized data suggested a benefit related to the use of RT in patients with cN+M0 disease compared with ADT alone.

Although these studies suggest that local therapies might be associated with an improved CSS and OS in cN1 patients, they are limited by their non-randomized design, and several confounding factors might preclude their generalizability. For example, more intense and more frequent use of local therapies in “healthier” patients or those without grossly enlarged lymph nodes might in part explain the benefits associated with RP or RT. Nonetheless, the European Association of Urology (EAU) guidelines recently updated the section on the treatment of cN1 patients, and included local therapies such as RT and RP as alternative treatment modalities in this setting.14 That being said, randomized controlled trials assessing the role of local treatments vs best systemic therapies in cN+ patients are still needed to clarify this issue. In this context, the COHORT trial15 (NCT03241537) is randomizing newly diagnosed cN1 patients without distant metastases to ADT alone (standard of care) vs RT + ADT. The results of this study are warranted to confirm the validity of the retrospective studies and to comprehensively assess the role of local therapies in cN+ patients.

The rate of lymph node metastatic disease ranges from 5% to 15% in PCa treated with RP and varies according to disease characteristics and to the extent of the lymph node dissection16,17. Historically, the presence of pN1 was invariably associated with an incurable disease. As such, RP was usually aborted if nodal metastases were detected at frozen section and pN1 patients were candidates for systemic therapies such as ADT18,19,20. Over the last few decade, this treatment paradigm has changed, and RP with an extensive PLND has been shown to play a major role in the management of pathologically node positive patients.21–23 Engel et al.21 and Steuber et al.22 reported higher 10-year cancer-specific mortality (CSM) rates after aborted RP (54%–60%) than after completed RP (14%–24%). This concept has been recently confirmed in a large population-based analysis of 3,719 pN1 patients identified using the Surveillance, Epidemiology and End Results (SEER) database. The study compared CSM rates between pN1 patients who underwent RP (n=3,355) and those in whom the procedure was aborted (n=364).23 An aborted RP was associated with higher CSM rates for PSA values up to 50 ng/mL and in patients with up to 7 lymph node metastases (LNMs). These findings corroborated the hypothesis that RP is associated with improved OS and CSS in pN1 patients compared with upfront administration of systemic therapies. Based on this evidence, RP with an extended PLND currently represents an option for pN1 patients.7 This led to a decreasing rate of aborted RP in North America during the last decade (from 30% to 5%).23 Of note, the extent of the nodal dissection plays a pivotal role in this setting. Indeed, a more extended PLND has been suggested to improve CSS in pN1 patients. In particular, Abdollah et al.24 reported that the removal of a higher number of lymph nodes during RP was associated with improved CSS in a large cohort of contemporary node positive patients treated with surgery at a high-volume tertiary referral center.

Although surgery represents a valuable option in pN1 patients, these individuals exhibit higher risk of recurrence and progression as compared with their counterparts with pN0 disease.25 As such, different adjuvant treatment options have been examined for patients with pN1 PCa at RP. To date, the only randomized phase III study that specifically evaluated adjuvant treatments in patients with nodal metastases randomized 98 men to RP with immediate ADT vs RP and deferred ADT. Messing et al.20 demonstrated that immediate ADT after RP was associated with improved OS and CSS compared with observation (no ADT or RT and eventually deferred ADT). Specifically, patients without immediate ADT had a 3-fold higher risk of death from PCa compared with those randomized to immediate ADT. However, this trial included patients with high-volume nodal burden and multiple adverse tumor characteristics. Consequently, these findings might not apply to men with less extensive nodal metastases in whom ADT would be of marginal, if any, benefit. This observation has been supported by retrospective studies published over the past few years. Touijer et al.28 reported that the oncologic outcomes of pN1 patients who did not receive adjuvant therapies were not invariably poor. Specifically, they reported CSS and OS rates of 72% and 60%, respectively, after 10 years from RP. Both rates were higher than those reported by Messing et al.20 (60% and 50% at 10 years, respectively). Of note, patients included in the study of Touijer et al.28 differed from those included in the Messing trial20 because they had less aggressive disease characteristics at final pathology.28

Other studies examined the natural history of pN1 patients according to nodal tumor burden. Boorjan et al.29 found that the presence of more than 2 positive modes was an independent predictor of mortality in pN1 patients treated with RP. Similarly, Schumacher et al.30 reported significantly higher 10-year CSM rates in patients with more than 2 positive modes compared with patients who had 2 or fewer positive modes and did not receive adjuvant therapy. Moreover, Briganti et al.25 found higher CSM rates in patients with more than 2 nodal metastases compared with 2 or fewer positive nodes. Preisser et al.26 have recently tested whether a defined cut-off in positive lymph node count might discriminate between CSM rates in pN1 patients treated with RP. Individuals with more than 2 positive nodes had significantly higher CSM rates than those with 2 or fewer nodal metastases. Taken together, these studies emphasize the importance of substratification within patients with LNMs. This has important clinical implications when considering the subsequent use of adjuvant treatments.

Observation and adjuvant ADT are valid alternatives in pN1 patients based on patient and tumor characteristics. However, other therapeutic options have been in node positive patients with adverse pathologic features. Among these, adjuvant RT represents among the most frequently examined therapies. To examine the effect of this approach, Abdollah et al.31 retrospectively identified 1,107 pN1 patients treated with RP and extended PLND at 2 tertiary care centers. All examined patients received adjuvant ADT, and 35% were treated with adjuvant RT. Overall, patients included in the adjuvant RT + ADT group exhibited better CSM rates compared with those who received ADT alone. When patients were stratified into risk groups, however, only those with 2 or fewer positive nodes, Gleason score (GS) 7–10, pT3b–T4 stage, or positive surgical margins, and patients with 3 to 4 nodal metastases regardless of other tumor characteristics benefited from adjuvant RT. More recently, Touijer et al.32 examined the association between 3 different management strategies and survival in pN1 patients after RP. Overall, 387 patients (28%) were observed, 676 (49%) received lifelong adjuvant ADT, and 325 (23%) received adjuvant RT plus ADT. Adjuvant RT + ADT was associated with better OS than ADT alone or observation. Moreover, when patients were stratified according to pathologic tumor characteristics, the benefit associated with adjuvant RT was higher in patients with more aggressive features at final pathology compared with their counterparts who had more favorable characteristics.

Taken together, these findings suggest that while initial observation might represent a valid option in node positive patients with less aggressive disease characteristics, improved local control in addition to ADT plays a major role in men with a limited nodal burden and aggressive pathologic features. Thus, administration of postoperative therapies in node-positive patients should be tailored according to the individual risk profile to maximize the oncologic benefit and minimize the potential risk of side effects.

Finally, the results of the Scandinavian Prostate Cancer Group 12 Trial (SPCG12),33 which has tested adjuvant docetaxel in high-risk PCa patients treated with RP, were recently published. In this open-label phase 3 study, 459 patients with high-risk PCa at final pathology (i.e., pT2 and positive margins or pT3 and GS ≥4+3 or pT3N1 and ≥3+4 disease) were randomized to receive docetaxel (without ADT, n=230) or surveillance (229) after RP. After a median follow-up of 58 months, docetaxel without ADT did not significantly improve progression-free survival after RP. Furthermore, a sub-analysis focusing only on patients with pN1 disease (n= 253) failed to show differences in progression-free survival between the two groups. In conclusion, the findings of the SPCG12 trial do not support adjuvant docetaxel in pN1 patients after RP. The SOCG12 study, however, was not designed for testing adjuvant chemotherapy in pN1 patients. Consequently, future trials specifically focused on this patient category may or may not corroborate these findings.

Up to 15% of patients undergoing RP harbor LNI at final pathology. In patients with suspicious LNI at preoperative imaging, RT or RP with or without systemic therapies should be recommended as part of a multi-modal therapy. In patients with LNI at final pathology, RP with an extended PLND represents an option associated with acceptable long-term oncologic outcomes. The use of adjuvant therapies (ADT or RT) after surgery should be tailored based on patient and tumor characteristics. 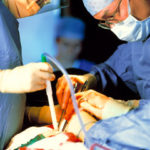 Surgical Overtreatment of Prostate Cancer May Be Decreasing