Abiraterone, a selective inhibitor of androgen biosynthesis, and enzalutamide, an androgen receptor antagonist, are second-line hormonal therapy options used to treat patients with advanced castration-resistant prostate cancer; however, the duration of response to these agents is limited due to the development of treatment resistance.

Because metformin has been reported to reduce prostate cancer-related death in patients with prostate cancer and type 2 diabetes, researchers at the University of Maryland in Baltimore sought to explore the effects of metformin with abiraterone or enzalutamide in preclinical models.

Researchers found that both abiraterone and enzalutamide inhibited cell proliferation and the expression of prostate specific antigen (PSA) in LNCaP cells, androgen-sensitive human prostate adenocarcinoma cells; however, neither drug induced cell death. In fact, they observed inhibited apoptosis with enzalutamide. Both agents also increased androgen receptor (AR) and AR variant AR-V7, which is involved in the development of resistance to abiraterone and enzalutamide.

In contrast, metformin inhibited AR, AR-V7, and PSA expression in a dose-dependent manner and induced apoptosis in prostate cancer cells. Further, the study demonstrated that metformin, in combination with abiraterone and enzalutamide, enhanced the induction of apoptosis and inhibited expression of PSA more so than as a single agent.

“Metformin decreases AR and AR-V7 expression and induces apoptotic cell death,” the researchers concluded. “The combination of metformin with androgen biosynthesis/AR inhibitors results in caspase-independent apoptotic cell death in addition to inhibition of both cell proliferation and AR signaling.”

The authors noted that further studies are warranted to evaluate the clinically efficacy of metformin in combination with either of these agents in patients with prostate cancer. 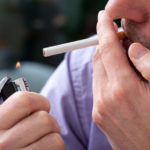