Metastatic prostate cancer (mPCa) incidence continues to increase in the US, a trend temporally associated with changes in guidelines from the US Preventive Services Task Force (USPSTF), according to the latest data.

The USPSTF recommended against routine PSA screening of men older than 75 years in 2008 and all men in 2012, but revised their recommendation in 2018, advising personalized decision-making for screening men aged 55 to 69 years.

The rise in mPCa occurred despite a significant concurrent reduction in overall PCa diagnoses.

Racial differences in mPCa incidence appeared to follow racial differences in PSA screening, according to the investigators. Among non-Hispanic White men, mPCa incidence significantly increased 6.9% annually from 2010 to 2018. Among non-Hispanic Black men, metastatic cases increased 5.0% and 6.2% annually from 2013 to 2018 in the groups aged 45 to 74 years and over 75 years, respectively. Among men of Hispanic ethnicity, mPCa cases significantly increased 1.3% from 2004 to 2018 in the 45 to 74 years age group and 3.0% from 2007 to 2018 in the group older than 75 years.

“Although the reasons behind this recent rising incidence of mPCa are multifactorial, it is unlikely to be due to a true change in cancer biology in such a short period,” the authors wrote. “Factors such as environmental exposures or germline variations leading to changes in epidemiological signatures of cancers take substantially longer. Rather, changes in clinical policy and/or practice such as screening strategies and use of diagnostic imaging are much more likely to explain such short-term changes in cancer epidemiological trends.”

Regardless of the cause, Dr Desai and colleagues noted, the finding of a rising incidence of mPCa by itself does not imply that screening practices should be changed. “The overall risk vs benefit of PSA-based screening is extremely complex and must take into account various other factors that impact the overall health of the community.”

“The harms of overtreatment could be mitigated if men with low-risk PCas routinely engage in shared decision-making around treatment choices and are supported in considering active surveillance.” 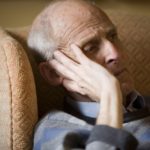