The study also demonstrated that conventional imaging was not reliable for detecting metastasis.

In a poster presentation, investigators Marlon Perera, MD, of Memorial Sloan Kettering Cancer Center in New York, New York, and colleagues noted that RP is being used increasingly to treat men with high-risk prostate cancer but no recommendations exist for the management of men with PSA persistence and pN1 disease after RP. “As such, our aim is to highlight the experience of this clinical scenario at a high-volume institution and report long-term oncologic outcomes.”

The retrospective study included 258 patients with pN1 disease and detectable PSA levels (greater than 0.1 ng/mL) on their initial measurement after RP. Metastasis developed in 128 patients. The median metastasis-free survival (MFS) time was 4.3 years for metastasis-free survivors. A total of 58 patients died, including 48 from prostate cancer. Survivors had a median follow-up time of 5 years.

Post-RP imaging was obtained for 77% of patients. Of these, 87% had negative scans.

“Metastasis-free and overall survival were modest in this cohort and there remains a need for improvements in staging and treatment for these men,” the authors concluded. 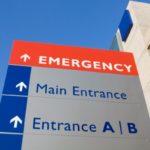