To protect against prostate cancer, take a lover – or 20. According to a new study, men who sleep with multiple women are almost a third less likely to develop the disease. Researchers found men who have more than 20 notches on their bedpost slashed their risk of prostate cancer by 28 per cent. And the study also revealed that men who have slept with more than 20 women reduced their chances of getting the most aggressive tumours by 19 per cent.

Celibacy, on the other hand, doubles the risk of the disease. Prostate cancer is the most common male cancer in the UK, with 41,700 new cases diagnosed and 10,800 deaths each year. The findings add to evidence that regular intercourse may flush out cancer causing chemicals as the prostate secretes the bulk of the fluid in semen. 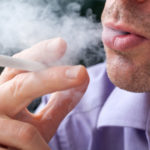