A PSA threshold of about 2.5 ng/mL overall, as well as for Caucasian men, was best for predicting a PCa diagnosis within 4 years. A lower threshold of 1.9 ng/mL was optimal for African American men. PCa was 1.4 times more likely to develop in men with a PSA level of 2.5 or higher than those who had lower levels. African American veterans were 1.5 times more likely to be diagnosed with PCa and had a 10% increased risk with each year increase in age. They tended to be younger, have lower PSA values, and to have less PSA testing than Caucasian veterans.

“This paper reminds physicians and other healthcare providers that even a PSA in the 2-4 ng/mL range is a ‘red flag’ indicator to keep closer track of men,” S. Scott Sutton, PharmD, of the University of South Carolina in Columbia, SC, and colleagues wrote in World Journal of Urology. Lower thresholds would afford clinicians the opportunity to recommend periodic checks and strategies to reduce PCa risk.

Using Youden’s index, the investigators determined that the maximum sum of specificity and sensitivity occurred at a PSA threshold of 2.5 ng/mL overall and for Caucasian veterans and 1.9 ng/mL for African-American veterans.

These PSA thresholds were slightly higher than those found in a study by E. David Crawford, MD, and colleagues published in BJU International (2011;108:1743-1749). However, the study examined a different population and likely involved detection bias, according to the researchers.

Accumulating evidence supports lowering the threshold for PSA biopsy consideration below 4 ng/mL, either in general or for specific patient groups, Dr. Sutton’s group noted. They acknowledged that the study did not consider several clinical variables and factors associated with PCa, such as family history. 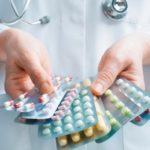