Although BMI previously has been reported to be associated with serum testosterone, the investigators found no correlation. Ethnic differences in obesity may play a role.

In the future, adding useful biomarkers, including serum testosterone level, before treatment into the J-CAPRA score system may improve its accuracy, the researchers suggested. In this study, men with low serum testosterone level had a worse prognosis from the time of development into CRPC. Novel therapies, including early use of chemotherapy and combination treatments, could be helpful.

The investigators noted the small number of participants and lack of ethnic diversity among the study’s limitations. 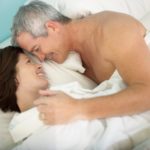