In a nationwide, population-based cohort study, Frederik B. Thomsen, MD, of the Copenhagen Prostate Cancer Center at the Rigshospitalet at the University of Copenhagen, and colleagues found that bone metastases could not be safely ruled in with sufficient accuracy using any combination of T stage, Gleason Grade Group (GGG), and PSA level. No PSA threshold could precisely identify the majority of men with metastatic PCa while also correctly classifying most men without metastasis.

“We were surprised in that we could not identify a group of men with advanced tumor characteristics where we could rule in presence of bone metastases,” Dr Thomsen told Renal & Urology News. “There has previously been a perception that if the diagnostic PSA is 100 ng/mL or higher all men will have metastatic prostate cancer. This perception is based on older studies conducted before the introduction of PSA testing. This likely has resulted in omitting imaging in some men with advanced tumor characteristics because identifying metastases would not change the choice of treatment.”

“The current study underlines the need to perform diagnostic imaging in men diagnosed with advanced prostate cancer in order to obtain correct diagnostic stage,” Dr Thomsen said. “We consider the study large enough to justify including imaging as a mandatory part of the diagnostic examination in these men. Access to bone imaging is not expected to be an issue in most Western countries, and the lack of imaging used in these men is likely caused by the physicians not expecting to gain knowledge from the examination.”

He and his colleagues noted that PSA levels above 100 ng/mL have been used as a proxy for metastatic PCa based on results from small, single-center studies published in the 1990s. They contend, however, that identification and quantification of metastases may be more important today in determining whether radical treatment is warranted. Extent of tumor on bone imaging is an indication for using treatments in addition to androgen deprivation therapy in men with metastatic PCa.

Medical oncologist Rana McKay, MD, of Moores Cancer Center at the University of California, San Diego, said while PSA, Gleason score, and T stage are important clinical factors used for risk stratification, they have limitations when used to predict the presence of metastases at PCa diagnosis. “Imaging with computed topography and technetium 99m bone scans can be used for metastasis detection,” Dr McKay said. “Given that prostate cancer is the most common cancer in men, and the majority of patients present with lower risk disease, the routine use of imaging for all patients with prostate cancer independent of risk stratification requires caution.”

In addition, she pointed out that positron emission tomography (PET), which has emerged as a diagnostic imaging platform for PCa detection, can complicate staging evaluation for patients with newly diagnosed disease. “All patients with newly diagnosed prostate cancer require risk stratification to guide clinical decision-making and imaging for metastasis detection,” Dr McKay said. “Every imaging test has limitations for sensitivity, specificity and accuracy. Risk of imaging in a population at low risk of metastases includes an increased false-positive rate and also exposure to ionizing radiation or contrast media.”

“My take is that this study doesn’t impact the current standard at all and only adds modest data to support current standard of care,” said Young E. Whang, MD, PhD, Associate Professor of Medicine in the Division of Hematology/Oncology at the University of North Carolina School of Medicine in Chapel Hill, and member of the UNC Lineberger Comprehensive Cancer Center.

Julio Pow-Sang, MD, Chairman of the Genitourinary Oncology Department at the Moffitt Cancer Center in Tampa, Florida, said the new findings are not surprising. Generally, the higher the Gleason score, PSA, and T stage, the higher the risk of finding metastasis in newly diagnosed men with PCa, especially those with the highest-risk disease. The probability of finding bone metastases on radiographic scans is extremely unlikely among men with low- and intermediate-risk newly diagnosed PCa.

The literature provides ample evidence showing that bone scans and computed tomography (CT) and magnetic resonance imaging scans are not sensitive enough to detect metastases at PSA levels below 100, even in men with Gleason 8-10 cancer and large, palpable tumors, Dr Pow-Sang said.

Newer imaging modalities such as PSMA PET-CT already available for clinical use in Europe and Australia are promising, but still only approved for recurrent PCa and not at PCa diagnosis. 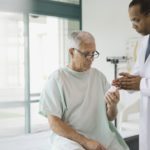