The 5-year PCa-specific survival rates were 85% for patients who experienced metastases and 100% for those who did not.

The median metastasis-free survival (MFS) was 49.6 months, with estimated 5- and 10-year MFS rates of 41.9% and 13.2%, respectively. The investigators found no statistically significant differences in MFS according to metastasis subgroups.

In multivariate analysis, the site of first metastasis was an independent prognostic factor for PCa-specific survival, along with Gleason score at diagnosis, the researchers reported. Median metastasis-free survival from primary diagnosis to first metastasis did not correlate with the first site of metastasis.

“Our results provide the conceptual framework for treating patients according to the metastatic disease and advance arguments to introduce location of metastasis as a research parameter in PCa studies,” the authors concluded. 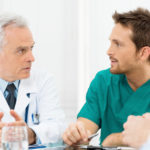 Additions to Standard Care in High-Risk PCa May Up Survival