An FDA advisory panel has voted against expanding the labeling of dutasteride (Avodart, GlaxoSmithKline) and finasteride (Proscar, Merck) so that these drugs—which are indicated for the treatment of benign prostatic hyperplasia (BPH)—could be marketed for the prevention of prostate cancer (PCa) in men at risk for the disease.

The Oncologic Drugs Advisory Committee came to its decision despite clinical trial evidence showing that men who took these 5-alpha-reductase inhibitors had a reduced risk of PCa compared with men who received placebo. Panel members were concerned about trial data showing that use of the drugs increased the incidence of high-risk tumors. Based on subsequent analyses, however, researchers believe that the reason for the increased incidence relates to the reduction in prostate size brought about by the two drugs, increasing the likelihood that needle biopsies would detect high-risk tumors if they are present.

The Reduction by Dutasteride of Prostate Cancer Events (REDUCE), which randomized 8,200 high-risk men ages 50 to 75 to receive either dutasteride or placebo, found that dutasteride was associated with a 23% reduced risk of prostate cancer after four years. The Prostate Cancer Prevention Trial (PCPT), which randomized approximately 19,000 healthy men older than 55 years to receive finasteride or placebo, showed that men who received finasteride had a nearly 25% decreased risk of prostate cancer after seven years.

“I think the committee was given a very difficult task: In effect, they were charged to certify that these drugs, if approved for widespread use for prostate cancer risk reduction, would be unambiguously safe,” said Gerald L. Andriole, MD, lead investigator for the REDUCE trial. “There is no doubt that men who receive these drugs need careful follow-up and close monitoring of their PSA levels. I suppose the committee members were not convinced such close monitoring would occur.”

Dr. Andriole said he believes the design of both studies and the effects of the drugs resulted in significant biases that translated into more high-grade tumors being found on biopsy. These biases could account for most of the excess high-grade cancers identified in the studies, he said. “Excess high-grade tumors have not been seen in other trials evaluating these drugs for BPH,” said Dr. Andriole, Chief of Urologic Surgery at Siteman Cancer Center, Barnes-Jewish Hospital in St. Louis, and the Robert K. Royce Distinguished Professor at Washington University School of Medicine in St. Louis. “In fact, there are two BPH trials where dutasteride reduced prostate cancer [risk] by 40% to 50% and there was no increase in high-grade tumors. And, in REDUCE, if we create a model to account for the biases against dutasteride, it suggests there are actually fewer high-grade tumors. Similar models are available for PCPT as well.”

In Dr. Andriole’s view, urologists who are familiar with the drugs, the trials that studied them, and how the drugs affect PSA levels could continue to use them for prostate cancer risk reduction after discussing the pros and cons with patients, as has been recommended by both the American Society of Clinical Oncology and the American Urological Association (J Clin Oncol. 2009;27:1502-1516). 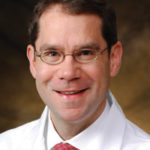