Patients with favorable intermediate-risk prostate cancer (PCa) make up a clinically heterogeneous risk group, with the risk of pathologic upgrading among those initially managed with active surveillance (AS) or watchful waiting (WW) significantly associated with multiple patient-level oncologic and sociodemographic variables, according to investigators.

Using the Surveillance, Epidemiology, and End Results Prostate with Watchful Waiting database, a team led by Zachary Klaassen, MD, MSc, of the Medical College of Georgia-Augusta University and the Georgia Cancer Center in Augusta, studied 18,760 men with favorable intermediate-risk PCa who initially opted for AS and/or WW and who subsequently underwent radical prostatectomy. They divided patients into 3 subgroups: Gleason score 7 (3+4) (group 1), PSA level of 10-20 ng/mL (group 2), and cT2b-c disease (group 3).

Among patients in group 2, the uninsured and those on Medicaid had significant 12.5-fold 5.7-fold increased odds of pathologic upgrading, respectively, compared with insured patients, according to the investigators.

Among patients in groups 1 and 2, those with cT2a cancer had significant 9.8-fold and 4.6-fold increased odds of pathologic upgrading, respectively, compared with those who had cT1c cancer. 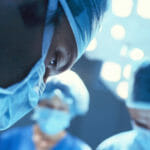