The appearance of higher-risk tumor features often triggers the conversion from active surveillance or watchful waiting (AS/WW) of prostate cancer to treatment, a new study finds. Although Black men commonly convert to definitive treatment, race was not a significant factor in conversion.

Among 6775 men who initially chose prostate cancer AS/WW at 28 community clinics in the US, Canada, the Netherlands, and Australia during 1991-2018, 2260 men (33.4%) converted to treatment over a median 6.7 years. The reasons for conversion to treatment included tumor grade reclassification (48.8%), volume progression (7.2%), and PSA progression (8.5%), inclusive of men with overlapping factors; another 5% of men chose treatment due to anxiety alone, William J. Catalona, MD, of Northwestern University Feinberg School of Medicine in Chicago, Illinois, and colleagues reported in The Journal of Urology.

In a novel finding, men with high-volume GG1 tumors were similar to men with high-risk tumors and converted to treatment quicker.

“High-volume (≥4 cores) GG1 patients converted to treatment sooner than their low-volume (≤3 cores) and intermediate-risk tumor counterparts but at a similar interval to patients with high-risk tumors,” Dr Catalona’s team wrote. “This finding warrants future investigation regarding tumor biology and counseling of men with high-volume GG1 disease.”

Every 5-year increase in age was significantly associated with a 4% lower risk of conversion, indicating that younger men commonly switched to treatment. A more recent year of diagnosis also predicted treatment.

The study was limited by a lack of data on PSA density, biopsy-based genomics, multiparametric magnetic resonance imaging, and confirmatory biopsy.

According to the investigators, their study quantifies the degree to which demographic and clinicopathological parameters are associated with the time to conversion to treatment across a broad spectrum of risk groups.

Nonetheless, both Dr Barbieri and Dr Catalona’s team agree that longer-term research on the best candidates and criteria for AS are needed, including oncologic outcomes. 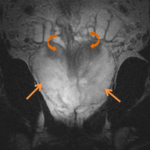