Men who undergo radical prostatectomy (RP) for localized prostate cancer (PCa) live longer after surgery if they have the procedure at facilities with a high annual PCa caseload, both in terms of overall encounters and the number of RPs performed, according to a new study.

However, facility caseload measured by all PCa encounters is a better predictor of survival than the number of RPs performed.

Using the National Cancer Database, a team led by Sarmad Sadeghi, MD, PhD, of the Norris Comprehensive Cancer Center at the University of Southern California in Los Angeles, examined survival outcomes among 488,389 men who underwent RP in the United States as they relate to facility annual caseload (FAC) for all PCa encounters and facility annual surgical caseload (FASC) for RP cases.

Compared with VG4 patients (reference), VG1 patients had a significant 30% and 25% increased risk of death by FAC and FASC, respectively, on multivariable analysis.

“In conclusion,” the authors wrote, “this study of a large population of patients with prostate cancer reveals a significant and clinically important survival advantage from performing radical prostatectomies at highly experienced centers. These data support the regionalization of radical prostatectomy in an effort to improve oncologic outcomes for this patient population.” 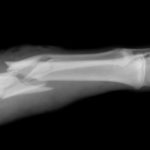