Farzana A. Faisal, MD, and colleagues from Johns Hopkins University in Baltimore identified 83 men in their database (2000 to 2018) with prostate tumor cells within or adjacent to adipose tissue on biopsy who later underwent RP. Two-thirds (65%) of patients initially presented with cT2 or higher disease. On biopsy, 60% had Gleason grade group 4 or 5 cancer, and 81% had perineural invasion.

Pathologic evaluation confirmed EPE in 98% of cases, according to results published online ahead of print in the Journal of Urology. (Of the 2 cases without confirmed EPE, 1 had preoperative radiation and the other possibly had incomplete histology information.) Furthermore, 59% of patients had positive surgical margins, 45% seminal vesicle invasion, and 37% lymph node involvement.

A standard clinical nomogram severely underestimates the risks for non-organ confined disease and other adverse pathologic features at RP for patients with EPE, according to the investigators. They suggested the new data are useful for staging and treatment discussions.

“Patients with EPE detected on PNB [prostate needle biopsy] almost always have extraprostatic disease and markedly adverse pathology at RP,” the authors concluded. “Many experience BCR, and most will require multi-modal therapy. These data can be useful in counseling such patients with regards to management approach and expected outcomes after surgery.” 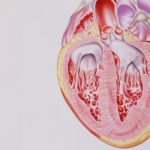