Men with low-risk prostate cancer (PCa) are more likely to receive expectant management (EM) for their disease if they are evaluated at academic rather than community centers, new findings suggest.

Using the National Cancer Data Base (NCDB), Nathaniel H. Lester-Coll, MD, of Yale University School of Medicine in New Haven, Connecticut, and colleagues performed a retrospective analysis of 2010-2013 data on 91,556 men with low-risk PCa. Of these, 39,139 were evaluated at academic centers and 52,417 were evaluated at community facilities. In all, 10,880 received EM (active surveillance/watchful waiting) and 80,676 received treatment.

A significantly higher proportion of men evaluated at academic facilities received EM (17% vs. 8%), Dr Lester-Coll’s group reported online ahead of print in Urology. After adjusting for pertinent covariates, patients evaluated at an academic versus community facility had 2.7 times increased odds of being placed on EM.

A possible explanation for greater EM use at academic centers, according to the researchers, is that men with low-risk PCa may be referred to these centers because of greater medical complexity and burden of comorbid illness, and thus may be less amenable to definitive treatment. They pointed out, however, that their study found no significant differences in Charlson/Deyo comorbidity scores between patients evaluated at academic and community centers. “Therefore, our results do not support the hypothesis that differences in patient-level comorbidity between community and academic centers are responsible for the observed differences in EM use.”

Additional unmeasurable patient characteristics are another possibility. “For example, patients who seek opinions at academic centers may be more motivated to obtain multiple opinions and/or are more hesitant to pursue treatment,” Dr. Lester-Coll and his colleagues wrote.

“It is also possible that physicians in academic practices are more shielded or less concerned with the difference in reimbursement of EM and definitive treatment,” the researchers wrote. “Because academic salaries are less directly dependent on clinical revenue, the pressure to treat patients may be reduced in academic practice.”

With respect to study limitations, Dr. Lester-Coll’s team pointed out that the NCDB does not differentiate between active surveillance and watchful waiting, adding that “it is possible these strategies are associated with distinct practice patterns.” In addition, 3,398 men were coded ambiguously as have received “no treatment” and excluded from the study.

The investigators also noted that the NCDB does not provide certain important details of individual patient records, so it is possible that differences in patient characteristics such as functional disability or performance status are not adequately measured, leading to selection bias. 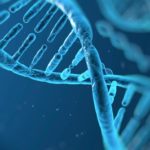