Patients infected with HIV have higher mortality rates after cancer diagnosis compared with patients with cancer who do not have HIV. This association remained after adjustment for differences in patient demographics and cancer state. The National Cancer Database indicated that after adjustment for receipt of health insurance and type of facility administering cancer care, patients with HIV who have cancer have elevated mortality rates.

In total, 308,268 patients were identified using Surveillance, Epidemiology, and End Results-Medicare linked data in the United States. Of these, 288 patients had an HIV infection with nonadvanced colorectal, lung, prostate, or breast cancers diagnosed between 1996 and 2012. Included patients also received standard, stage-appropriate cancer treatment during the year after cancer diagnosis. Of these patients, 168,998 were men and 139,270 were women; all were ≥65 years old. Data analysis was performed from 2016 to 2018. The main outcomes were overall mortality, cancer-specific mortality, and relapse or cancer-specific mortality after initial treatment.

The results suggested that elevated cancer-specific mortality in patients with HIV may reflect an association between the immunosuppression of the HIV infection itself and cancer control, rather than differences in cancer treatment. Overall, the study authors concluded that, “As the HIV population continues to age, the association of HIV infection with poor breast and prostate cancer outcomes will become increasingly relevant, especially because prostate cancer is projected to become the most common malignant neoplasm in the HIV population in the United States by 2030. Research on clinical strategies to improve outcomes in HIV-infected patients with cancer is warranted.” 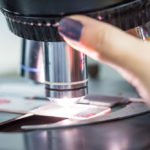