When it comes to staying prostate-cancer free, there’s nothing like a routine checkup at the doctor’s office … or, easier yet, some tomatoes. It turns out that putting away 10 portions of the not-a-vegetable a week can lower your risk of developing prostate cancer by 18 percent, according to new research published in Cancer Epidemiology, Biomarkers and Prevention.

For the study, researchers at the Universities of Bristol, Cambridge, and Oxford compared the diets of 1,806 men with prostate cancer with those of 12,005 cancer-free men. They found that while consuming more selenium, calcium, and lycopene were all linked to a reduced risk of prostate cancer, lycopene— an antioxidant that gives tomatoes their bright-red hue— came with the biggest benefits. 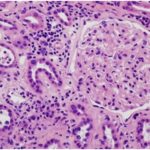