Early PSA measurements following radical prostatectomy (RP) may aid in risk stratification of men with positive surgical margins and perhaps spare patients who are unlikely to experience disease progression the toxicity associated with immediate adjuvant radiotherapy, according to a new study.

None of the patients received radiation or hormonal therapy. Intensive postoperative PSA monitoring with an ultrasensitive assay was begun at day 14 after surgery and then at day 30, 60, 90, and 180 days, and subsequently at 3-month intervals.

“Applying the PSA cut-off at day 30 as the indicator for adjuvant radiotherapy would result in the decrease of overtreatment from 61 patients (53%) to 8 patients (19%),” the researchers wrote.

Recent evidence from randomized trials supports the use of adjuvant radiotherapy in patients found to have PSM after surgery, the researchers noted, but not all men with PSM experience disease recurrence, and a policy of using adjuvant radiation could result in considerable overtreatment.

“The kinetics of postoperative PSA decline may allow better stratification of patients who would benefit from immediate radiation therapy,” the authors concluded.

The investigators discussed some possible explanations for why positive margins are not always associated with PCa recurrence. For example, ischemia and fibrosis resulting from the surgery may destroy small areas of residual carcinoma. Also, possible disruption of additional tissue covering cancer cells during the handling of the surgical specimen by surgeons, nurses, and pathologists “may result in inadvertent damage leading to the false impression of PSM.”

Dr. Vesely and his colleagues pointed out some study limitations, including the retrospective design of the study. Another limitation was the absence of strict criteria for subjecting patients with post-operative PSM to adjuvant therapy during the whole study period. “It may be argued that by doing so some patients with PSM who received adjuvant treatment were at high risk of the recurrence and they were excluded from the analysis,” they stated.

“However, the comparison of clinicopathologic characteristics did not reveal any significant difference between [the] studied group of patients and those who underwent immediate secondary therapy after the surgery.” A third limitation was the relatively short median follow-up, although some studies have found that most biochemical recurrences are detected within the first 3 years after surgery, the authors observed. “Nevertheless, presented results should be analyzed with caution, as patients with BCR do not necessarily share the same long-term cancer outcomes.” 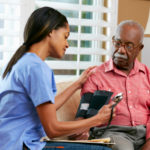