The study provides the first estimate of SPM risk in older men with CRPC in the United States, according to Catherine W. Saltus, MPH, MA, of RTI Health Solutions in Waltham, Massachusetts, and colleagues.

The investigators studied 2234 men with CRPC identified using the Surveillance, Epidemiology, and End Results (SEER)-Medicare database. Of these, 1887 (84.5%) had evidence of bone metastases. SPM occurred in 172 men, for an incidence rate of 5.9 per 100 person-years and standardized incidence ratio of 3.1 based on SEER incidence rate of all malignancies except prostate cancer among men aged 65 years or older, Saltus’ team reported in Prostate Cancer.

“The SEER-Medicare database population is considered representative of the general US population and is the largest available source of detailed population-based medical information on men aged 65 years and older,” the authors noted. “Therefore, this study should provide more precise estimates of SPM risks in men with CRPC than any other available US data source.”

In explaining their rationale for the study, Saltus and her colleagues stated that new systemic therapies have been introduced in recent years for the treatment of CRPC, and some of these may be associated with an increased risk of SPM. Long-term cumulative radiation exposure, they explained, may be associated with an elevated risk of cancer, and radiopharmaceutical treatment of bone metastases may contribute to a man’s overall radiation exposure. “This could raise concern about the possibility of induction of SPM in men with CRPC.”

For the study, the investigators defined castration resistance as receipt of treatment with second-line systemic therapy (following surgical or medical castration). 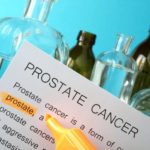 You’ve Been Diagnosed with Prostate Cancer: What Happens Next? (Fact Sheet)