In study of 609 patients who underwent radical prostatectomy for prostate cancer, patients who had close and positive surgical margins on final pathology had 3-year BCR-free survival rates of 70.4% and 74.5%, respectively, a non-significant difference between the groups, Michael J. Whalen, MD, of the Icahn School of Medicine at Mount Sinai Hospital in New York, and colleagues reported. By comparison, patients with negative margins had a 3-year BCR-free survival rate of 90%, which was significantly higher than the rates for patients with close and positive margins. On multivariable analysis, patients with close margins had a 2.7-fold increased risk of BCR compared with those who had negative margins.

“These results suggest that the finding of a close margin on final pathology cannot simply be interpreted as negative,” the authors wrote in a paper published online ahead of print in Urologic Oncology. “Rather, this finding may have similar outcomes to patients with positive margins and should alert the treating physician of the higher risk for recurrence.”

The investigators concluded that a close margin should be noted routinely in pathologic reports and men with close margins should have more frequent post-operative follow-up to monitor for disease recurrence.

The authors observed that although positive margins “are universally defined as the presence of tumor cells at the inked margin, controversy exists with respect to how to characterize tumor cells that approach, but do not touch, the inked surface.” They noted that early studies have concluded that close margins at the time of radical prostatectomy are similar to negative margins, prompting many institutions to categorize all of these cases of negative margins. More recent studies, however, suggest that close margins more closely resemble positive margins and are an independent predictor of BCR.

Dr. Whalen and his colleagues acknowledged that the retrospective nature of their study and the relatively small number of patients with close surgical margins relative to the overall cohort were study limitations. In addition, they noted that the length of follow-up may not have been sufficient to detect a true difference in BCR rates between close and positive margins. 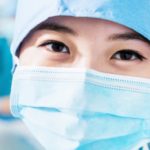