Elevated levels of serum biomarkers of bone metabolism predict poor survival among patients with castration-resistant prostate cancer (CRPC), according to a study. Men with the highest levels of these biomarkers, however, appeared to have the best response to the investigational drug atrasentan, which had failed in previous trials.

With prior studies suggesting that elevated markers of bone turnover are prognostic for poor survival in CRPC, Primo N. Lara, Jr., MD, of the University of California–Davis Comprehensive Cancer Center, and colleagues prospectively evaluated not only the prognostic role of these levels, but also their predictive role relative to bone-targeted therapy. The investigators analyzed bone biomarkers in the sera of 778 men with CRPC who had participated in a phase 3 placebo-controlled trial of docetaxel with or without atrasentan, a bone-targeted endothelin-A receptor antagonist.

Elevated baseline levels of each of the bone turnover markers studied—N-telopeptide and pyridinoline for bone resorption, and C-terminal collagen propeptide and bone alkaline phosphatase for bone formation—were associated with worse survival, as were marker levels that increased by week 9 of therapy, the researchers reported online in the Journal of the National Cancer Institute. Yet, approximately 6% of the patients with the highest levels of all markers showed a survival benefit from atrasentan, despite their poor prognosis. The median survival for patients on atrasentan was 13 months compared with 5 months for the placebo group.

“Atrasentan kept coming up short in randomized trials because the drug only works for a small group,” Dr. Lara explained in a university-issued statement.  “Because certain drugs only succeed in a fraction of patients, drug makers need to factor in these bone metabolism markers in their trial design. They need to target the patients most likely to benefit.” 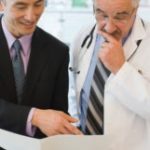