Greater consumption of black tea and other dietary sources of flavonoids may decrease the risk of advanced stage prostate cancer (PCa), according to a new study.

Black tea is a major source of flavonoids, which are natural antioxidants. Other dietary sources include apples, cabbages, onions, leafy vegetables, legumes, and chocolate, the investigators noted.

Of the 58,279 men, 3,362 PCa cases were identified from 1986 to 2003, including 1,164 advanced cancers. Dietary intake was derived from a 150-item semiquanititative food frequency questionnaire filled out at baseline. The researchers divided consumption of black tea and various flavonoids into quartiles and looked at the association between quartiles and the risk of PCa and PCa subgroups.

The researchers, led by Milan S. Geybels, a doctoral candidate in the Department of Epidemiology at Maastricht University in Maastricht, The Netherlands, found that patients in the highest quartile of total catechin, epicatechin, kaempferol, and myricetin had a significantly decreased risk of stage IV disease compared with those in the lowest quartile.

The researchers found no association between dietary flavonoid intake and overall and non-advanced PCa risk.

In a discussion of study strengths, Dr. Geybels’ group pointed to its prospective design, large sample size, and long and nearly complete follow-up. In addition, the range of black tea intake was side and they had data on tumor stage for most cases, which made it possible to stratify by disease stage. Moreover, the study had a large number of advanced stage cancers.

The study also had some limitations. For example, the researchers noted that they did not obtain information on infusion time of tea or tea strength. “Such additional information could have provided us with a more precise estimation of daily flavonoid intake,” they wrote. In addition, misclassification could have occurred in the assignment of flavonoid levels to the foods reported. “Flavonoid concentrations are known to vary greatly by food variety, and thus, individual preferences for particular varieties of foods would lead to misclassification.” 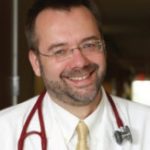