Asymptomatic bacteremia is commonly caused by transurethral resection of the prostate (TURP) and occurs despite prophylaxis, researchers concluded.

The findings challenge a common held view that urine is the primary source of bacteremia in TURP-associated sepsis and raise the possibility of occult prostatic infection as a cause of bacteraemia, according to Amar Raj Mohee, MBChB, of The Christie NHS Foundation Trust in Manchester, UK, and colleagues.

They investigators studied 73 TURP patients from whom 276 blood samples were obtained. Patients had a mean age of 72.7 years. Prior to surgery, patients received standard of care antibiotic prophylaxis.

Dr Mohee’s group noted that 34 patients (46.6%) had preoperative bacteriuria, with E. faecalis the commonly cultured organism. Eleven of these patients (32.3%) did not have a urinary catheter in situ.

Results also showed that the presence of a urinary catheter and recent antibiotic use were associated with 4.92 and 4.34 increased odds of intra-operative bacteremia, respectively.

The current study is the largest series to date to assess bacteremia in TURP patients, but the results may not be applicable to the general population undergoing TURP because the sample size is small, the researchers acknowledged. The incidence of bacteremia was lower than they expected, reducing the power to investigate risk factors, they noted.

The researchers also pointed out that only 54 of the 73 patients provided blood samples. Some patients did not proceed to surgery because of unavailability of a hospital bed or the anesthesiologist did not deem a patient fit for surgery. In addition, for patients who proceeded to  surgery, the principal investigator was unable to gain venous access to obtain blood samples. 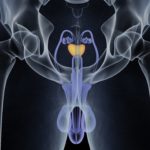