In previously published findings from the phase 3 TITAN randomized trial, adding apalutamide, a non-steroidal androgen receptor inhibitor, to ADT significantly improved overall survival by 33% and radiographic progression or death by 52% compared with placebo plus ADT in 1052 men with mCSPC. Time to initiation of cytotoxic chemotherapy was also prolonged by a significant 61% with apalutamide.

The men were mostly asymptomatic at baseline, with low reported levels of pain and fatigue. Median pain scores on a scale of 0 to 10 on the BPI-SF were 1.14 for apalutamide vs 1.00 for placebo recipients. Median fatigue scores on the BFI were 1.29 vs 1.43, respectively. These symptoms remained stable or improved over nearly 2 years of the study. Median time to worst pain intensity progression was 19.09 vs 11.99 months, respectively, favoring apalutamide by 11%. Median time to pain interference progression was not reached in either group. The 25th percentiles for time to pain interference progression were longer with apalutamide: 9.17 vs 6.24 months, respectively.

In addition, HRQoL was preserved in both groups according to FACT-P total scores and EQ-5D-5L data. Median time to deterioration was 8.87 vs 9.23 months, respectively, a nonsignificant difference.

“The improvements in survival and maintenance of HRQOL shown in the TITAN study indicated that treatment with apalutamide plus ADT should be considered a new option for standard of care for a broad range of patients with metastatic castration-sensitive prostate cancer,” Dr Agarwal’s team wrote.

Suzanne Chambers, PhD, of the University of Technology Sydney in Australia, and colleagues concurred in an accompanying editorial, but noted that additional QoL data are still needed.

“These results suggest that apalutamide is well tolerated in these patients, and therefore it seems to be a favourable option for patients from the points of view of both survival and quality of life. However, as noted by Agarwal and colleagues, other relevant patient outcomes, such as mood disturbance, insomnia, and cognitive deficits, were not assessed, meaning that the evaluation of quality of life was not extensive.”

The TITAN studies were funded by Janssen Research & Development, the makers of apalutamide (Erleada®). 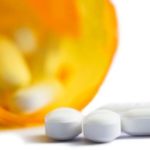 Long-Term Antiandrogen Therapy With Salvage Radiation May Up Death Risk