Annual PSA screening is highly effective at decreasing the risk of death due to prostate cancer (PCa) or any cause, new data suggest.

In a retrospective cohort study of 400,887 men under age 80 years who underwent PSA testing at Kaiser Permanente Northern California, Paul F. Alpert, MD, of the University of California Medical Center in San Francisco, found that PSA screening every 12 to 18 months decreased PCa mortality and all-cause mortality risk by a significant 64% and 24%, respectively, among men aged 55 to 74 years, compared with no prior screening, according to study findings published online ahead of print in Urology. The study found no survival benefit for PSA screening at any interval for men younger than 55 years.

“This is the first study to evaluate various screening intervals and age groups, showing that yearly screening is the interval of choice,” Dr Alpert wrote.

In a press release issued in response to the recommendation against routine screening of men older than 70, the American Urological Association, while agreeing that a number of older men are not candidates for PCa testing, stated “we believe that select older, healthier men may garner a benefit. We urge those men to talk with their doctors about whether prostate cancer testing is right for them.”

Two large randomized prospective studies came to different conclusions about the effect of PSA screening on PCa mortality. In the Prostate, Lung, Colorectal, and Ovarian (PLCO) Cancer Screening Trial, investigators found no significant difference in PCa mortality between men who underwent annual PSA testing for 6 years and those who received usual care (control arm). The control group, however, was “highly contaminated,” as more than half of the men had prior PSA screening, “making the lack of findings difficult to interpret,” Dr Alpert noted.

The European Randomized Study of Screening for Prostate Cancer (ERSPC), in which men were assigned to PSA screening every 4 years or to a control arm, found a 21% decrease in PCa mortality in the screened men compared with controls. However, an analysis of the Göteborg subset of the ERSPC, which used a 2-year screening interval, found a 44% decrease in PCa mortality. “This suggests that the choice of a shorter screening interval may have led to more powerful results,” Dr Alpert wrote.

Data from the National Cancer Institute showed that the PCa death rate decreased by 51% from 1993 to 2014, the same period in which widespread PSA screening was performed, Dr Alpert noted. “Although this does not prove a causal relationship, it is highly suggestive, and the improvements in radiation therapy and chemotherapy in this time period cannot account for the magnitude of this change,” he wrote.

Jim C. Hu, MD, MPH, a urologic oncologist at Weill Cornell Medical College in New York, said the new study was “high quality,” with findings similar to those of the ERSPC. He noted, however, that the study was retrospective, and findings do not appear to be adjusted for variables such as race, income, education, body mass index, and comorbidities. Only a randomized controlled trial, which balances all unmeasured confounders, can zero in on the best frequency with which screening should performed. This is unlikely to be performed in the United States because of strong preferences by doctors and patients alike, he said.

From the October 1, 2018 Issue of Renal and Urology News 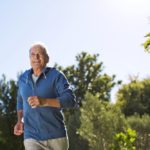