Alcohol and Prostate Cancer: How Is Intake Associated With Risk of Death and/or Metastasis? - Renal and Urology News

The effects of alcohol consumption on cancer risk have been widely covered in the oncology literature. Drinking alcohol can worsen the risk and outcome of several malignancies including esophageal cancer, hepatocellular carcinoma, breast cancer, colorectal cancer, and oropharyngeal and larynx cancer. Not surprisingly, American cancer deaths resulting from alcohol consumption are estimated to be 3.5%.1 However, some people who drink moderate amounts of alcohol actually have a lower risk of death from several types of cancer, compared with people who do not drink alcohol. One such cancer is prostate cancer, a disease that affects more than 3 million men in the United States.2

A group from Harvard Medical School, the Harvard TH Chan School of Public Health, Brigham and Women’s Hospital, in Boston, Massachusetts, and the University of California, San Francisco recently reported on prostate cancer and alcohol consumption. Their research, which was also presented at several conferences, used data from the Health Professionals Follow-Up Study (HPFS; 1986-2012). A prospective cohort study, HPFS analyzed the alcohol intake among 47,568 men who were cancer-free but at risk of developing prostate cancer. It then examined the alcohol consumption of another group of 5182 men who received a diagnosis of non-metastatic prostate cancer on follow-up.

The HPFS studied a large US cohort of 51,529 male health professionals, ages 40 to 75 years. Beginning in 1986 and every 2 years thereafter, participants were asked to complete a questionnaire on their medical history, medications, and lifestyle. A food frequency questionnaire that included alcohol usage questions was sent every 4 years. The average follow-up rates were more than 90%.

The questions about alcoholic beverages covered portions of white and red wine separately (4 ounces, increasing to 5 ounces in 2006); one glass, can, or bottle of beer; and one drink or shot of liquor. Portion size was based on USDA nutrient composition tables. Correlation coefficients between diet records and food frequency questionnaires were 0.78 for white wine, 0.83 for red wine, 0.85 for liquor, and 0.88 for beer. A subset of questions asked the men about the number of days each week in which they had alcoholic beverages.2

The researchers ran a number of sensitivity analyses, including:

Consuming alcohol, red wine in particular, might deter the progression of prostate cancer for several reasons. Among them, red wine may reduce inflammation while it improves insulin metabolism and antioxidant status. 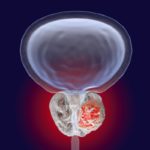 Active Surveillance for Intermediate-Risk PCa Increasing in US