Aggressive therapy with curative intent appears to be highly successful in men with Gleason score (GS) 10 prostate cancer (PCa), according to a new study published in the International Journal of Radiation, Oncology, Biology, Physics.

“Overall, we found that survival outcomes following definitive treatment for Gleason score 10 prostate cancer are actually quite good, with 5-year overall survival rates approaching 80% regardless of treatment modality,” said study investigator Amar U. Kishan, MD, from the Department of Radiation Oncology at the University of California, Los Angeles.

The team did not find any robust differences in outcomes associated with any specific upfront treatments, although external beam radiation therapy (EBRT) plus brachytherapy with long-term androgen-deprivation therapy (ADT) appeared to be associated with superior distant metastasis-free survival (DMFS). Overall, multimodality treatment with an emphasis on both local and systemic control is critical for men with GS 10 disease, according to the researchers.

Because of the rarity of GS 10 PCa, there has not been a great deal of investigation into the long-term clinical outcomes and overall prognosis for this patient population. Dr Kishan and his collaborators examined a cohort of 112 patients with biopsy-proven GS 10 disease. All of the men received definitive treatment with either radical prostatectomy (RP), EBRT, or EBRT plus brachytherapy from January 2000 to December 2013.

“Patients with localized Gleason score 10 disease should be offered aggressive local therapy. This could either mean a definitive radiotherapy approach, with long-duration androgen deprivation and possibly a brachytherapy boost, or a definitive radical prostatectomy approach, Dr Krishan told Renal & Urology News. “If the latter is pursued, I would strongly suggest that it still be a multimodal approach. The bottom line is that these patients deserve the chance for curative treatment, whatever the backbone of that treatment might be.”

Yair Lotan, MD, Professor and Chief of Urologic Oncology at the University of Texas Southwestern Medical Center in Dallas, said study is a valuable addition to the medical literature because very few studies have focused specifically on GS 10 patients. “The study is relatively small and not randomized. So the outcomes data are valuable as a benchmark, but cannot be used to recommend one therapy over another,” Dr Lotan said.

William Catalona, MD, Professor of Urology at Northwestern University Feinberg School of Medicine in Chicago, said that although the authors used propensity matching to reduce biases, such analyses have significant limitations.

“It is questionable to what extent valid conclusions can be drawn from this study, especially concluding that radiation therapy plus hormonal therapy is more effective than surgery for Gleason 10 prostate cancer,” Dr Catalona said. “The differences observed may be due merely to biases for which a complete adjustment is not possible by propensity-based analysis.”

“I think the work is important as it addresses treatments for the most aggressive forms of PCa,” said Mark Garzotto, MD, Professor of Urology and Radiation Medicine at Oregon Health & Science University in Portland, and Director of Urologic Oncology at Portland VA Medical Center. “This study shows that there are many acceptable modalities for these patients, including surgery and radiation.”

Dr Garzotto pointed out, however, that the 5-year OS rate “was only around 80% for the entire group.” Data from the Surveillance, Epidemiology and End Results (SEER) program show that 5-year OS for local and regional cancer is about 99%.

“So patients with Gleason 10 cancer are doing poorly with standard therapies according to this study,” Dr Garzotto said. “My guess is that many of these patients have micro-metastatic disease at presentation, and that some of the newer imaging modalities will demonstrate these. I would strongly recommend that physicians include a thorough discussion about the availability of clinical trials for these patients.” 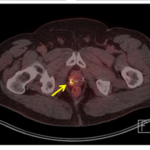