The studies, published in the Journal of the American Medical Association, describe the short-term, patient-reported adverse effects of treatment and generally reinforce findings from the Prostate Testing for Cancer and Treatment (ProtecT) trial, which began in 1999.

A study by Daniel A. Barocas, MD, MPH, of Vanderbilt University Medical Center in Nashville, Tennessee, and colleagues involved 2550 patients from the SEER (Surveillance, Epidemiology and End Results) registry with clinical stage T1-2 PCa. Patients had a mean age of 63.8 years and 55% had intermediate- or high-risk disease.

At 3 years, sexual function decreased more in RP than EBRT patients by an average 12 points. Declines in sexual function were not significantly different for EBRT and AS. Patients’ scores also revealed worse urinary incontinence after RP than EBRT and AS. Better urinary irritative symptoms followed RP than AS. The investigators found no clinically significant differences in bowel or hormone function at 1 year. In addition, they found no differences in health-related QOL or disease-specific survival.

In the second study, Ronald C. Chen, MD, MPH, of the University of North Carolina at Chapel Hill, and colleagues looked at patient-reported outcomes over 2 years among 1141 patients with clinically localized PCa. The men had a median age of 65 years. Of these, 314 men chose AS (27.5%), 469 RP (41.1%), 249 EBRT (21.8%), and 109 brachytherapy (9.6%). Most RP patients (86.6%) had robotic prostatectomy and most EBRT patients (94.8%) had intensity-modulated radiotherapy. Before and after treatment, patients responded by phone to the validated Prostate Cancer Symptom Indices (PCSI), an instrument that gauges sexual dysfunction, urinary obstruction and irritation, urinary incontinence, and bowel problems.

At 3 months, worse sexual function was reported by RP, EBRT, and brachytherapy patients, compared with AS. In addition, RP patients experienced worse urinary incontinence than AS patients. Men who had radiotherapy reported acute worsening of urinary obstruction and irritation. EBRT patients revealed worse bowel symptoms. At 2 years, bothersome symptoms were not significantly different between active treatment groups and AS in most domains, possibly reflecting symptom improvement in treated patients and a transition of some AS patients to active therapy.

“With advances in both surgical and radiotherapy technologies, the relative QOL results across treatment groups remain similar as those reported by the ProtecT trial: radical prostatectomy was associated with sexual dysfunction and urinary incontinence, whereas radiotherapy was associated with short-term urinary obstruction and irritation and bowel symptoms,” Dr Chen and colleagues wrote.

The findings from these studies “were remarkably consistent with the ProtecT trial in terms of overall rates of symptoms and adverse effects, confirming that all options carry risks of adverse effects that affect quality of life,” Freddie C. Hamdy, MD, FMedSci, and Jenny L. Donovan, PhD, FMedSci, wrote in an accompanying editorial.

“This information may facilitate patient counseling regarding the expected harms of contemporary treatments and their possible effect on quality of life,” according to Dr Barocas and colleagues. 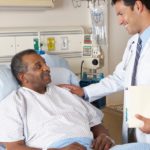