Use of 5-alpha-reductase inhibitors (5-ARIs) by men on active surveillance (AS) for prostate cancer is associated with a lower likelihood of definitive treatment and pathologic progression, according to a new study.

In a retrospective study of 361 men on AS for low- and intermediate-risk prostate cancer, the 5- and 10-year rates of pathologic progression-free survival were 77% and 41% for the 5-ARI group, respectively, compared with 70% and 32% for the no 5-ARI group, respectively, investigators led by Andre Luis Abreu, MD, of the University of Southern California in Los Angeles, reported in the World Journal of Urology. The 5- and 10-year rates of pathologic treatment-free survival were 92% and 59% for 5-ARI users, respectively, compared with 80% and 51%, respectively, for non-users. All of the between-group differences were statistically significant.

On multivariable analysis, 5-ARI use, compared with non-use, was significantly associated with a 50% and 42% decreased likelihood of definitive treatment and pathologic progression, respectively.

“We believe our study, which is one of the largest series with the longest follow-up, is an important addition to the literature on 5-ARI use in active surveillance,” Dr Abreu and his colleagues wrote.

The study’s retrospective design was its main limitation, the authors noted. In addition, the lack of prospective randomization and placebo control makes the study prone to confounding and selection bias. 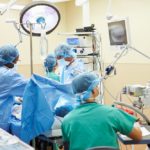