More than half of women in the US experience urinary incontinence (UI), a new study finds.

Moderate to severe UI of any type (affecting 30% of the women overall) increased with age. Severe UI was more common among women with low income (13%) or less than a high school education (11%).

A total of 24% of women with any UI, particularly women older than 40 years, reported that the condition affected their daily activities.

“Understanding the prevalence and impact of [UI] in the United States, as well as identifying segments of the population most affected, is critical to advancing [UI] care,” Dr Feinstein’s team stated.

“Our findings highlight disparities that need to be addressed and provide valuable information to guide decision making and improve health care delivery across the population.” 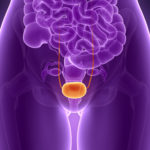