Repeated injections of botulinum toxin type A (BoNTA) are safe and effective for the medium-term management of refractory overactive bladder (OAB) and idiopathic detrusor overactivity (IDO), according to British investigators.

In a study of 100 patients who received 207 BoNTA injections for refractory OAB and IDO, researchers observed significant decreases in urinary frequency and urgency and urge urinary incontinence after the first BoNTA injection compared with baseline. These improvements were maintained after repeated injections and did not differ significantly when comparing differences between injections, the authors reported online ahead of print in European Urology.

Prior to their BoNTA treatment, study patients previously had failed treatment with at least antimuscarinic drug. In the study, all 100 patients received one BoNTA injection, 53 had two injections, 20 had three, 13 had four, 10 had five, five had six, three had 7, one had eight, one had 9, and one had 10. Patients received onabotulinumtoxinA injections over a study period of about six years. Most were injected with 200 U.

After the first and second injections, 25 (25%) and 12 (22%) patients, respectively, did not undergo additional injection, but afterwards dropouts were rare, according to a research team led by Arun Sahai, MD, of Guy’s Hospital in London. The most common reasons for discontinuing treatment were poor efficacy, which was observed in 13% of patients, and issues related to clean intermittent self-catheterization (CISC), experienced by 11%. The incidence of CISC was 35% after the first injection. Bacteriuria occurred in 21% of patients within the first month. New urinary tract infections occurred in 15% of patients, which the investigators said is favorable when compared with evidence from double-blind, placebo-controlled studies showing rates 13% to 43%.

“It is clear from all of these studies that there is a significantly higher rate of UTI in patients receiving BoNTA rather than placebo, although the exact mechanism remains unclear. It is possible that we are introducing bacteria deeper into the bladder during the injection procedure or that it is related to the use of CISC.”

The investigators said they observed a decrease in the interval between injections over the first three injections from more than 400 days to about 300 days. The authors explained that initially, “as limited information was available regarding BoNTA safety and with reports of distal muscle weakness after bladder injection, repeated injections were not performed too soon for fear of toxin accumulation.” 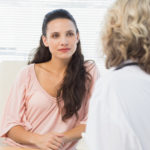