A new review finds lower persistence and adherence to overactive bladder (OAB) medications than previously reported and certain clinical and demographic factors associated with them.

A team led by Jae Heon Kim, MD, PhD, of Soonchunhyang University Seoul Hospital in Seoul, Korea, conducted a new systematic review of 44 studies and performed the first meta-analysis, meta-regression, and network meta-analysis on the topic.

Overall persistence to anticholinergics and the beta-3 agonist combined at 12 months was 21.8%, the investigators reported in the Journal of Urology. Persistence rates at 12 months were highest at 40.2% for mirabegron, 24.9% for solifenacin, and 22.0% for fesoterodine.

Overall adherence to OAB medications at 12 months was 58.9%. Users of solifenacin (78.4%), fesoterodine (78.2%), imidafenacin (67.9%), and mirabegron (65.4%) had the highest rates of taking their respective medication at the prescribed interval and dose.

“Considering persistence and adherence at 12 months, the most favored medication was mirabegron, and solifenacin in persistence, and imidafenacin in adherence,” Dr Kim and colleagues concluded. “Future studies including more detailed variables are needed to confirm these findings.” 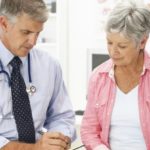