In addition to showing that this approach is safe, the phase 1/2 study provided early evidence of clinical efficacy, according to Steven P. Petrou, MD, and collaborators at Mayo Clinic in Jacksonville, Fla. Study findings appear in Mayo Clinic Proceedings (2009;84:702-706).

The study enrolled 25 women with idiopathic detrusor overactivity for whom at least two anticholinergic medications had failed to resolve OAB symptoms.

The investigators wanted to test the safety and clinical effect of an aqueous solution of 300 units of botulinum toxin and 50 mL of DMSO. The solution was instilled by catheter. They chose DMSO because it is a nonspecific anti-inflammatory agent that can penetrate or permeate the glycosaminoglycan layer of the bladder with direct effect on the detrusor muscle. Thus, DMSO could enhance the delivery of the botulinum toxin.

A study of intravesical instillation of cisplatin in dogs showed that concurrent administration of DMSO increased intramuscular concentration of cisplatin threefold (J Am Osteopath Assoc. 1983;6:43-52). Moreover, DMSO may have inherent anticholinesterase and neuromuscular effects. The FDA has approved the drug for use in treating bladder inflammatory disorders such as interstitial cystitis, the authors noted.

Nine of the 25 women participated in phase 1, which involved sequential recruitment of three sets of three patients. The first three received a reduced dose of botulinum toxin (200 units). Investigators evaluated each set of patients for adverse effects (AEs) for one month before the next set of three received treatment.

None of the nine patients experienced any severe AEs during three months of follow-up. The researchers then enrolled the remaining 16 patients to assemble a phase 2 study population of 22 patients (three subjects were excluded from this phase).

Although 11 women (52%) reported severe urgency based on the Indevus Urgency Severity Scale at baseline, only one (5%) and three (14%) reported severe scores at one and three months, respectively. No patient experienced severe AEs. The median postvoid residual volume rose from 8 mL at baseline to 19 and 24 mL at one and three months, respectively, but the researchers said this was clinically important.

“The patient-generated clinical response data are promising and provide a clear rationale to further examine this novel treatment method,” the authors concluded. 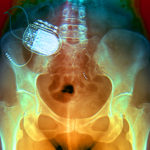 Sacral Neuromodulation Can Ease Refractory Overactive Bladder in the Elderly