In the past few months, investigators reported findings from various studies of nocturia that could advance the understanding and management of this common problem. To bring readers up to date on some of the latest developments, Renal & Urology News has summarized some of the noteworthy studies.

In one study, Asian investigators identified various factors associated with 2 or more nightly voids, including aged older than 60 years, female sex, comorbid conditions, and lower urinary tract symptoms, according to an online report in the World Journal of Urology. Shih‑Ping Liu, MD, of National Taiwan University Hospital and College of Medicine and collaborators conducted a post hoc analysis of online questionnaire responses from 8284 participants older than 40 years from China, South Korea, and Taiwan. Of these, 75% reported 1 or more nocturnal voids and 36% reported 2 or more nocturnal voids. Nocturia of 1, 2, or 3 or more urination episodes per night occurred in slightly more women than men: 76%, 37%, and 17.5%, respectively, vs 74%, 35%, and 16%, respectively.

In a study published online in Lower Urinary Tract Symptoms, Kristian Vinter Juul, PhD, of Ferring Pharmaceuticals, Copenhagen, Denmark, and colleagues, characterized desmopressin use among adults in Denmark suffering from nocturia or nocturnal enuresis (NE). A key finding from the population-based study was that more than 40% of prescriptions for the medication were written for patients aged 65 years and older, “despite historical manufacturer recommendations that desmopressin be restricted to patients <65 years of age,” Dr Juul’s team reported. In addition, results showed that desmopressin use for adult NE increased with age, and a greater proportion of women than men were prescribed the lowest dose of desmopressin (60 µg), a finding consistent with greater sensitivity to desmopressin among women, according to the investigators.

The study included 13,871 adults with nocturia and 2872 with chronic NE. These patients received 102,547 and 43,712 desmopressin prescriptions, respectively. Study patients had a mean age of 62 years, and 57% were women.

In a longitudinal study of a community-based sample of healthy women aged 40 to 50 years, Holly J. Jones, PhD, RN, of the University of Cincinnati, and colleagues analyzed sleep disturbances in midlife women early in the transition to menopause and found that awakening to use the bathroom was the most frequent reason for sleep disturbance among women who experienced poor sleep quality. Premenopausal women were significantly more likely to awaken to use the bathroom than perimenopausal women. Study findings were published in the Journal of Clinical Sleep Medicine (2018;14:1127-1133).

Investigators in Japan reported that bladder hydrodistention with fulguration of Hunner lesions is potentially useful for treating nocturia in patients with interstitial cystitis. Atsushi Otsuka, MD, and colleagues at Hamamatsu University School of Medicine in Hamamatsu, Japan, reviewed the records of 81 patients with IC (mean age 62.2 years). Nocturia was positively associated with age, urgency score based on the Interstitial Cystitis Symptom Index (ICSI) and a visual analogue scale, the nocturnal polyuria (NP) index, and mean number of urgency episodes over a 24-hour period, the investigators reported online in Lower Urinary Tract Symptoms. Nocturia was negatively associated with average voided volume.

In Hunner-type IC, bladder hydrodistention with fulguration of Hunner lesions significantly decreased nocturia regardless of the presence or absence of NP.

In addition to these latest additions to the medical literature on nocturia, studies presented at the American Urological Association’s 2018 Annual Meeting in May could improve understanding of the condition. Here are some highlights:

·      Stephen Freedland, MD, of Cedars-Sinai Medical Center in Los Angeles, and colleagues reported that severe nocturia was a mortality risk factor among men who participated in the REDUCE trial, a 4-year study comparing dutasteride and placebo for prostate cancer prevention. Having 3 or more nocturia episodes nightly was associated with a 43% increased risk of death in adjusted analyses.

·      In an analysis of 2009–2014 data from the National Health and Nutrition Examination Survey (NHANES) database, Michael Daugherty, MD, of SUNY Upstate Medical University in Syracuse, and his collaborators found that 28.8% of women in the United States reported 2 or more urination episodes per night.

·      A secondary analysis of the Boston Area Community Health Survey by Alayne Markland, DO, MSc, of the University of Alabama at Birmingham, and colleagues revealed that the prevalence of nocturia among women varies by their occupation. Women in the service sector were 40% more likely to complain of nocturia than office and administrative support workers. 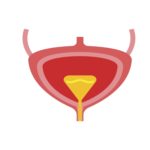