The desmopressin nasal spray has proven safe and effective in two double-blind randomized controlled trials, Jed Kaminetsky, MD, of NYU Medical Center in New York, and colleagues reported in the Journal of Urology.

Patients older than 50 years with 2 episodes of voiding nightly who were randomly assigned to receive desmopressin 1.66 mcg or 0.83 mcg had 1.5 and 1.4 fewer mean voiding episodes per night, respectively, over 12 weeks, compared with 1.2 fewer with placebo. More patients taking desmopressin also at least halved their nightly episodes: 48.7% vs 37.9% vs 30.3%. Moreover, recipients of desmopressin 1.66 mcg demonstrated significant improvements in their score on the Impact of Nighttime Urination questionnaire.

Hyponatremia has been a concern with desmopressin treatment. Serum sodium at or below 125 mmol/L without symptoms or below 130 mmol/L with symptoms occurred in 1.1%, 0%, and 0.2% of the 1.66 mcg, 0.83 mcg, and placebo groups, respectively. The most common side effects overall were nasal discomfort and nasopharyngitis, and these occurred in similar proportions of patients across groups. Drug-related discontinuation occurred in 5.6%, 3.5%, and 4.0% of patients in the 1.66 mcg, 0.83 mcg, and placebo groups, respectively.

None of the patients in the lower-dose group, which demonstrated clinical efficacy, reported sodium levels of 125 mmol/L or less, suggesting that desmopressin 0.83 mcg might be the appropriate starting dose for all patients with nocturia, Dr Kaminetsky and the team stated.

The study was funded by Serenity Pharmaceuticals, LLC, which produces desmopressin acetate (Noctiva), and Allergan plc. 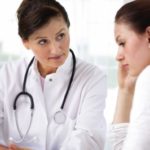