Even older adults who have overactive bladder (OAB) but no urge urinary incontinence have a higher likelihood of falls compared with older adults without OAB, new research confirms.

Among 577 community-dwelling, independent Japanese adults aged 75 years or older (47% male) in the Sukagawa Study, 15% had OAB dry and 14% had OAB wet at baseline. The odds of a prior fall were 2.0- and 2.2-fold higher for patients with OAB dry and wet, respectively, compared with those who had no OAB, Kenji Omae, MD, of Fukushima Medical University Hospital in Fukushima, Japan, and colleagues reported in The Journal of Urology. Further, the odds of a future fall within 1 year among the 363 participants without a fall history were 2.7- and 1.4-fold higher with OAB dry and wet, respectively. In addition, OAB was an important predictor of falls in patients without a fall history in a model with 83.6% accuracy and 81.8% area under the curve, the investigators reported.

According to Dr Omae’s team, “given our findings that OAB was significantly associated with falls independent of gait speed, visual impairment, depression and dementia, OAB and falls should not be considered separate entities in older adults. A simple and quick questionnaire on OAB, such as the [Overactive Bladder Symptom Score], is inexpensive and noninvasive, and our tree based model is easily applicable as a screening tool to identify a population requiring earlier interventions for fall prevention in clinical and community settings.”

Among the study’s limitations, the investigators could not assess medication use and fear of falling among participants. 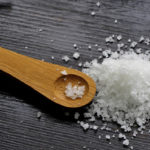