Shock wave lithotripsy (SWL) for kidney stones is declining nationally among Medicare beneficiaries, but its use varies by where patients receive their urologic care, according to a new study.

Meanwhile, the adjusted rate of ureteroscopy (URS) per 1000 beneficiaries rose from 17.4 in 2006 to 18% in 2009 and 27.2 in 2014. The percent decrease in SWL use, however, did not correlate with the percent increase in URS use when examined by hospital referral region, according to Dr Rezaee and his team.

The variation in the use of SWL is likely secondary to a series of supply, urologist, and patient-specific factors, the investigators concluded. “Stone procedure type is highly dependent on where patients receive their urologic care.” 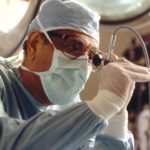