Ureteral wall thickness (UWT) may be useful for predicting spontaneous passage (SP) of small ureteral stones, according to a preliminary report from investigators in Japan.

A retrospective study of 418 patients with uncomplicated ureteral stones no larger than 10 mm in maximum diameter demonstrated that low UWT was associated with a significantly greater 4-week SP rate than a high UWT (76.4% vs 14.7%), Takashi Yoshida, MD, and colleagues at Kansai Medical University in Osaka, and colleagues reported online ahead of print in the World Journal of Urology. Non-contrast computed tomography was used to measure UWT at the point of greatest soft-tissue thickness around the circumference of a stone.

In addition, high UWT was associated with a significantly greater risk of stone-related complications (SRCs) within 4 weeks compared with low UWT (16.4% vs 7.2%).

“These findings suggest that UWT might improve our clinical decision-making at the initial visit regarding whether patients with ureteral stones can be conservatively treated or must undergo immediate interventions,” the authors wrote. “To the best of our knowledge, this is the first report to present the clinical significance of UWT in terms of predicting SP of uncomplicated ureteral stones.”

In a previous study published in Urology, Dr Yoshida and colleagues noted, they demonstrated that increased UWT was significantly associated with the presence of stone impaction as well as poor endoscopic findings such as ureteral edema, polyps, ischemic mucosa, and stone fixation in the ureter.

“Therefore, we believe UWT measurement can be a surrogate marker for the presence of stone impaction and a significant factor for predicting SP as well as SRCs secondary to stone impaction.”

In a discussion of study limitations, the investigators pointed out that their study was a retrospective analysis of a relatively small cohort from a single institution. 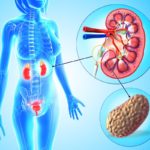