Large kidney volume and urinary abnormalities contribute to stone formation in up to 36% of patients with ADPKD. Untreated patients have a higher frequency of uric acid stones and, to a lesser extent, calcium oxalate monohydrate stones than other stone formers, according to background information provided by the investigators.

In multivariable analysis, tolvaptan use was associated with significantly lower urine relative supersaturation ratios for calcium-oxalate (-0.56), brushite (-0.33), and uric acid (-0.62) at 1 year, the investigators reported in the Clinical Journal of the American Society of Nephrology.

The investigators also observed significantly higher excretion of urine citrate (0.25 mmol/mmol creatinine/d) and calcium (0.31 mmol/mmol creatinine/d). Hypocitraturia and hyperoxaluria appeared to be the most common prolithogenic abnormality in patients with ADPKD, in line with previous studies, Dr Fuster’s team noted.

Tolvaptan treatment is associated with a significantly improved urinary lithogenic risk profile in patients with ADPKD,” Dr Fuster and his collaborators concluded.

Disclosure: This clinical trial was supported by Otsuka Pharmaceutical, the makers of tolvaptan (Jynarque™). Please see the original reference for a full list of authors’ disclosures. 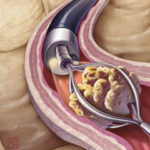